Like in Goblins vs Gnomes before it, Mechs are a big part of The Boomsday Project. With 39 new Mechs added to the game they are now the third most common tribe in Standard, only behind Beasts and Elementals:

And of course this doesn't include the many non-Mech cards that can summon or discover new Mechs currently available in the game:

Along with Mechs, Magnetic was also introduced as one of the main new mechanics from The Boomsday Project. Exclusive to Mechs, this new Keyword allows Magnetic minions to be played as buffs to Mechs already in play (when played on the left-side of said Mech) or standalone creatures when played on the right-side.

This gives players an interesting and skill-testing choice each time they play a Magnetic card: do I want to go wide or tall on the board? Depending on which class and archetype you are facing you might want to go one way or the other.

We saw how powerful buffing minions in play can be with cards like Fungalmancer and Bonemare before it becoming staple in many aggro and tempo decks. It's only been a few days since The Boomsday Project was released but it looks like players are still favoring this strategy over playing Magnetic cards as standalone minions: 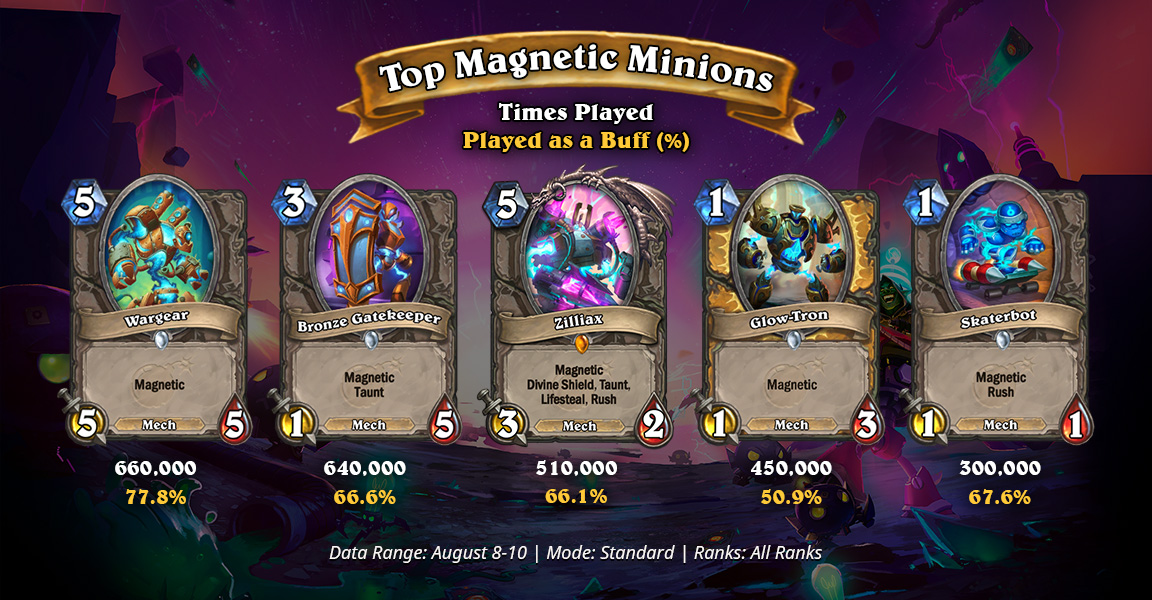 Are Mechs and Magnetic here to stay?

Whether Mechs and Magnetics will make the cut in the long run, only time will tell. But at least for now, we are seeing a lot of experimentation with these cards across all ranks of the ladder in different classes and archetypes:

What do you think will happen to Mechs and Magnetic cards after this initial phase of experimentation ends? Let us know on Twitter, Facebook or Discord! 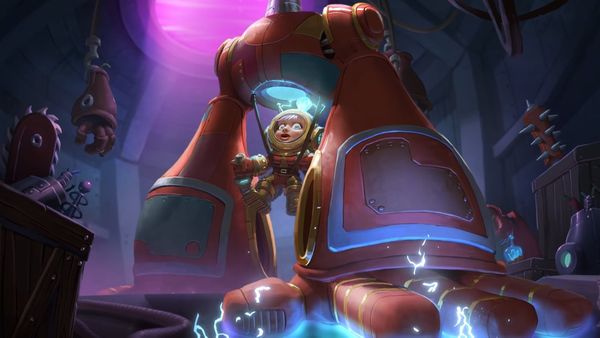 The Boomsday Project brought a breath of fresh air to the Ranked Standard meta, but how has it affected Arena? Let's find out. 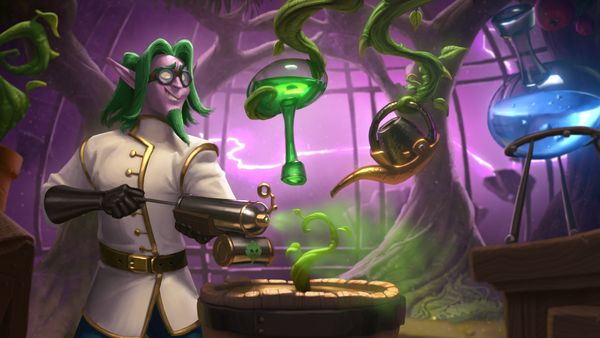 With Day 3 of The Boomsday Project wrapped up, we're starting to see a good variety of decks having a lot of success.