New heroes, a new minion, and the long-awaited groups function come in this massive update to the Battlegrounds! Plus some balance changes to Standard cards.

Jandice Barov has been a favorite so far in Standard since Scholomance Academy's release, and she joins the ranks of other 0-cost hero power Battlegrounds heroes. Her ability to swap one of your non-golden minions with a minion in Bob's Tavern means she'll have token-creating minions like Alleycat and Murloc Tidehunter in her sights in the early game. Similar to Yogg-Saron, she's likely to do best at taking advantage of early-game tempo.

The royal Lord Barov has arguably the most innovative hero power presented yet in Battlegrounds, asking the player to bet on the winner of an upcoming match. Taking a quick look at their comps, tavern tier, and recent matches will be vital to making a good choice. Using HDT will let you quickly see the last known board of them if you matched up against either opponent, and you'll want as much information at your hands as possible.

Forest Warden Omu brings a new take on Nozdormu, giving players the ability to potentially tier up and get access to those minions before anyone else. Careful gold management and next-turn planning will be critical to using Omu properly.

Deflect-o-Bot is shedding a tear. But outside of those Mech and Divine Shield compositions, we're unlikely to miss Mech-a-roo. In its place, Micro Mummy stands to make quite a splash. In Battlegrounds, it stands to be a interesting buffer with good survivability in combat.

Here’s how it works:

Climb in rating with a handful of friends or invite the whole family to determine, once and for all, who is the true Battlegrounds pro of the bunch! 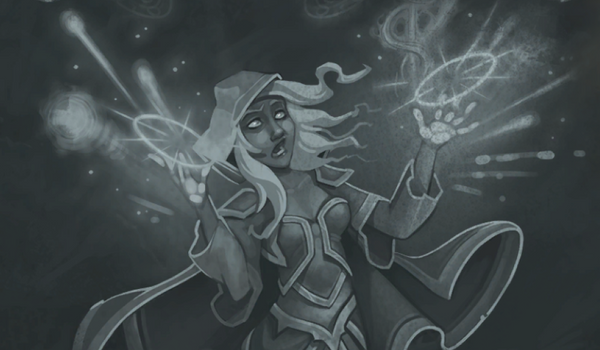 Use health instead of mana for all spells. What brokenness will you create?

Get your Scrolls of Identification ready for this week's Tavern Brawl!