Hi everyone, welcome to our last article for the month. This one will be focused on helping you grind a few ranks before next month's reset.

In our last article, we discussed how little of an impact patch 24.0.3 had on the overall state of the Hearthstone Meta. This obviously doesn't mean everything is unchanged as there have been some steady decks that have largely benefited from the few shifts that happened since the patch.

Amongst those, Aggro Druid has emerged as a top deck for those looking to quickly pick up some stars. Indeed, with Shaman regressing and Ramp Druid progressing even further than before the patch, the deck has seen its bad match-ups almost disappear while its best matchup rose to be the most popular deck.

Just like Druid's rising build, other classes have decks that aren't the ones you are facing most but could be a hidden gem for the last few days of the August ranked ladder.

Let's explore those discreet archetypes, who might not be winning the popularity contest, but benefit from both being mulliganed against wrong and being very effective at what they do.

*A bit of a disclaimer here. I would never recommend switching to a deck you have never played before if you have a comfort pick already and climbing decently. Also, I expect everyone to know about the power of Ramp Druid, Miracle Rogue or Spooky and Big Spell Mage at this point so I will not mention those.

Currently, Aggro Druid sits alone in tier 1 in our Legend and Top 1,000 filters and is listed as the best performing deck at every single rank of the ladder, ranging from 54% to 61.5% win rate depending on where you play.

Arguably the best deck in the game currently, Aggro Druid seems to be the best pick to combine good win rate and short games.

One of the biggest strengths for the deck is its ability to surprise any opponent that would be mulliganing for Ramp Druid. Considering how fast the deck can take off out of the gate, thinking you have time as you expect Wild Growth into Nourish can quickly turn into a blowout.

Gameplay-wise, the deck could be split into two key parts :

When discussing the deck, the recurring question I have seen is “Why Beast Druid over Imp Warlock or Face Hunter?”
Well, first, there is the mistaken identity from Ramp Druid we mentioned already. Then, the big difference is the explosive aspect of the deck compared to the other aggressive decks.

While Prince Renathal is still a force to be reckoned with, aggressive strategies are forced to rely on a strong board presence rather than direct damage. Face Hunter's appeal is organically lowered.
In the current metagame, while Imp Warlock probably is the hardest deck to exhaust in terms of resources, Aggro Druid looks to be more stable in the early turns. The deck punishes an opponent without a good early game much faster than what Warlock can. Considering the power of decks like Rogue or Mage once they manage to stabilize just a bit, it feels like the faster, the better, for now.

Hunter is torn between several archetypes since the patch: Quest Hunter, Face Hunter, and Beast Hunter. And the reason the class can't seem to become a good one is because each of those archetypes has at least 2 bad matchups against the dominant trio of Rogue, Mage, and Druid:

As a result, it is hard to call one of the archetypes much better than the other two. Overall, all three decks have a 1% win rate difference between the best performing (Quest at 51.1%) and the worst performing (Face at 50.1%). Yet, I think Beast Hunter should be good to rank up in the last few days.

The reason for this is the deck's flexibility compared to the other 2 archetypes. At this point, Face and Quest Hunter can be considered refined and won't progress much more than where they are right now.

Currently, Beast Hunter is built very similarly to most other midrange decks, featuring Insatiable Devourer and Sire Denathrius at the top of the curve.
In my opinion, this is the wrong way to build the deck as it pushes the archetype to compete with the same weapon that everyone is using.

Everyone knows at this point that Ramp Druid is the better deck to abuse the late-game Infuse package, and Shaman probably comes in as a close second. Looking to build Beast Hunter the same way essentially gives no edge over the competition. It might even set the deck up for failure.

What Beast Hunter has going for it is its ability to push both damage and the board for a very long period of time. As a result, the only thing the deck needs to do is seize the initiative and force the opponent into a reactive role.
Considering the deck's early game is basically the same as Face Hunter, most opponents adopt a defensive mindset once they see us play a one-drop instead of a quest.

As a result, Beast Hunter creates the perfect scenario to profit from its natural strength of pushing on board with being supported by the natural damage Hunter can access through its hero power or weapons. Once you see your opponent is reacting to you or you aren't in immediate danger, push the board, and Beast Hunter should be surprisingly good.

This one definitely is the oddball on the list, considering the deck is way below the 50% win rate mark that is usually associated with fast climbing. But if Levik was brave enough to bring it to the last call GM playoffs, you can be brave enough to use it for your late-season climb.

I already stated this, but outside of Aggro Druid, most aggressive decks currently are a bad idea to pick. They either get countered by Rogue's explosiveness or by Prince Renathal giving their opponent too much health to get to the finish line.
As a result, the big emphasis for aggressive decks should be the element of surprise they can benefit from.

With Demon Hunter being largely unseen as we close in to the season's end, its surprisingly favored matchups against both Ramp Druid and Miracle Rogue shouldn't be taken lightly. It isn't so far-fetched to imagine this deck could get some climbing done by getting some targeted opponents in your crosshairs.

The big difference Levik's list has with the other popular builds of this archetype is a much lower curve. Compared to the decks listed on our website, this particular build isn't running Jace Darkweaver or Xhilag of the Abyss. Instead, it focuses on smaller units and looks to snowball the board early on while refilling with Manifying Glaive.

Once again, we can see in the way this deck is built, mainly through the addition of Metamorfin, that it is looking to capitalize on any opposing slow starts. Something that could happen if the opponent mulligan for the much more common Relic Demon Hunter deck.

In a similar vein to Aggro Druid, our push for lethal is done through direct damage with Lady S'theno combos or Dreadprison Glaive shenanigans. Aggro Demon Hunter should be played with a very optimistic mindset, hopping on every opportunity the opponent gives you and praying they don't have every single punishment available to your early game cards.

When a meta seems to reach an impasse, it is easy to feel defeated and think only the decks we are seeing over and over are valid choices to climb.
Eventually, as the amount of represented decks lessens and we are left with very few choices, it also means predicting what we will face can be much easier.

In that regard, Aggro Druid has once again established itself as the natural predator of Ramp Druid, and uses this one-sided match-up against the most popular deck to fuel an impressive overall winrate.

While they might not do as well as Aggro Druid, other decks could benefit from this approach. Combined with the surprise of seeing an uncommon opponent, leading to bad mulligans (and maybe decisions too), a deck is capable of gaining a decent win rate boost for a short period of time.

If you already are a good Rogue, Mage or Druid player, it might not be worth the trouble of learning a new deck and instead keep improving at your juggernaut of a deck. But if you are feeling stuck and looking for a different path to climb a few ranks before the season reset, I hope this article helped.

Good luck to anyone with a goal for the last few days, whatever it might be!

There are hidden advantages that can give you the edge in Battlegrounds' latest refresh. Explore them with us and up your placements! 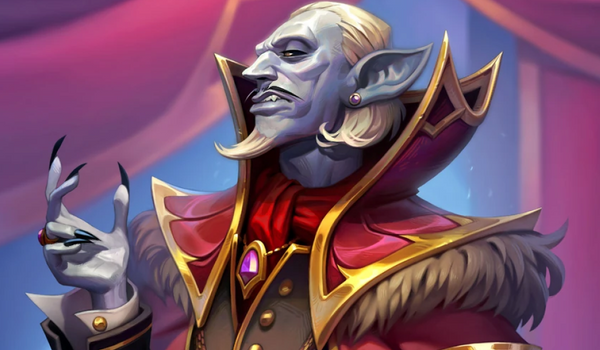 24.0.3 brought a levy of nerfs and buffs, but it seems like nothing really changed. Let's look at why along with some ideas for how to change things in the future!