Most of the time, a mini-set isn't the place for a ton of new archetypes to show up. Rather, adding 30 to 40 cards to the game related to the last expansion helps strengthen some established archetypes, and occasionally pushes a couple to have a better competitive shot.

With Maw and Disorder, there was quite a bit of hype around several new or completely unused archetypes to rise to a decent overall ranking. The Jailer was a card that possibly pushed new game-ending strategies, Mage was getting another run at the Secret synergy, and Paladin had another wave of cards for the Pure Paladin archetype.

Overall, Maw and Disorder brought quite a lot of freshness for a mini-set, and the ladder has been radically different if we compare this week to the previous one. Yet, as time passes, the novelty wears off a bit, and we are able to separate the good decks from the gimmicky ones.

In this piece, let's explore all the new archetypes that wouldn't be here without the mini-set and see how they are all doing in the current metagame.

Hunter highlights the best decks, both old and new.

Picking up right where it left before the mini-set, Hunter looks dominant in both categories of established and upcoming archetypes.

If we look at the early data in the Legend rank since the mini-set, we see that Beast Hunter is still dominating the current field of play. It might even get to a point where nerfs could be a consideration with its current radically high winrate.

But we could have known to expect the best deck from before the mini-set to still be a dominant one, especially in a rather unstable environment. This happens at most expansion releases. The surprise might come from the Rats and Bats Hunter deck, currently the best deck if we look only at archetypes created after Maw and Disorder's launch.

Obviously helped by sharing a similar core to the current best deck in the game, this new Hunter archetype developed quickly and found a balanced build much faster than other new archetypes.

The only question left to solve with the deck is why someone would play it over the now-classic Beast Hunter, as for now, the older archetype is posting better numbers in every match-up.

As you can see, Mage is making quite the comeback early on in Maw and Disorder. For a class that only had Big Spell Mage barely above the 50% win rate threshold a week ago, posting 3 archetypes amongst the best deck is a nice turnaround.

Unfortunately for the class, and this is where I expect the numbers to be different in a week or so, all these decks aren't playing new cards. Spooky, Big Spell, and Ping Mage are all decks that played the exact same list before and after the mini-set.

Because if we look at the newer archetype pushed by the new cards, it isn't looking so good:

Indeed, Secret Mage is struggling a lot currently. The deck did pick up some solid raw power cards, especially in the form of Contract Conjurer, a card that can win you games on its own at times. Yet, the deck still lacks a lot of punch in other departments of the game, and losing the board often means the opponent can play around your secrets and lock you out of the game quickly after.

For now, it looks like Secret Mage can feed its winrate on Ramp Druid and reactive archetypes as a whole, like other Mage builds. The problem comes against other proactive decks, like Hunter, Paladin, Warlock, or Shaman, as they are all unfavorable encounters.

The deck still has a lot of believers, though, as it represents over 5% of the current metagame. Looking at the numbers, only one list appears to have an above 50% win rate, although it is also one of the lists with the least amount of games played. So who knows what happens once we look at a bigger sample size.

Paladin has a lot of archetypes but not many wins.

Expected at its best after receiving arguably the best trio of cards out of all classes in Maw and Disorder, Paladin was expected to potentially come back.
Pushed by BunnyHoppor on day 1 of the mini-set, a new archetype for the class made quite an impression. Using The Jailer to empty your deck, removing all neutrals, and enabling the Countess in the process, this Control Paladin archetype has received a lot of love so far.

Currently, a top three deck looking at popularity, while ranking 21st if we look at winrate (and third in the Paladin class), Pure Paladin is reminiscent of Relic Demon Hunter before Relic Vault was changed to a 2-mana card.

Well, to be fair, we could say the whole Paladin class could be looked at the way we looked at Relic Demon Hunter back then. Considering all Paladin's archetypes are looking stuck in Tier 3.

Looking at those numbers, it appears Paladin hasn't shaken off the troubles it was experiencing before the mini-set. The fact that Silver Hand Paladin is the best deck, especially, worries me a bit.

It is rarely a good sign when the best deck of a class is simply a proactive, on-curve kind of deck, and the deck isn't excellent in the current metagame.

In my opinion, this shows that Paladin's specific mechanics aren't good enough, and the class has to defer to Hearthstone fundamentals of playing on board and pressuring the opponent to exist.

I can hear the argument that Hearthstone fundamentals are kind of Paladin's identity, which is true. The class has always relied on this on-curve, control the board, and grind your opponent kind of gameplay.

But Hearthstone doesn't typically play that way anymore, and it is really starting to show at this point.

A bit of everything for laddering

To conclude this article, I'd like to share several builds covering various archetypes as a way to highlight what currently seems to be working well in the current metagame. It is way too early to tell what will end up being a great deck and which are making the best of the unstable environment.

Also, with a Masters Tour starting in less than a week, we should be seeing some shake-ups due to that tournament very soon.

As you'll notice, most of these are archetypes that existed before the mini-set, although we are starting to see new cards being sprinkled in some of those. 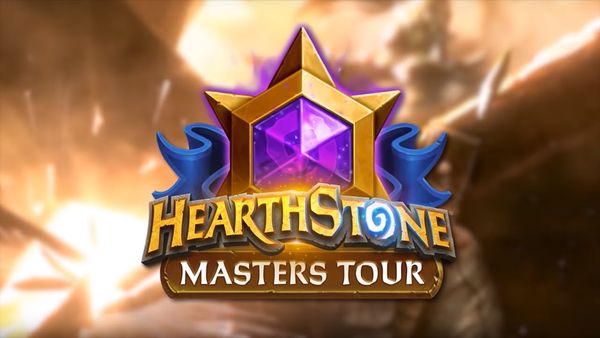 Which decks and lineups should we expect to see this weekend at the latest Hearthstone Masters Tour competition?

With Maw and Disorder's incoming release, which decks should be on your radar to try out?