The return of the Lich King is just around the corner this Tuesday, December 6th. With every card released, theorycraft streams done, and a lot of ideas floating around the internet, it feels like the perfect time to review everything we've learned during the reveal season.

In this piece, I would like to share a list for each class. These lists may not necessarily represent the best archetypes, but they are the ones that feel much improved with the expansion and definitely worth trying because of the new inclusions. Also, I'll express various takes I might have or seen from other players for each class so you have a full picture of what the community expects from March of the Lich King.

Ready? We're embarking on an eleven-stepped journey, lots of cards, and even some spicy opinions.

Pros: The ability to discover cards from any runes no matter how you build your deck is very strong. It allows for surprising play patterns and incredibly strong synergies later on in the game.

Because of this, I expect the cards able to discover to be really strong in DK early on, such as School Teacher, Venomous Scorpid, or the new Nerubian Vizier.

At the start of a match, the opponent doesn't know which runes you are running, making it much more difficult to mulligan against than any other class in the game.

Cons: Death Knight suffers a lot from the lack of solid draw effects, especially in the Blood and Unholy runes, making these feel quite bad when you have a subpar draw.

I'm sure this issue is mostly due to the class being very young and not enough players finding what is strong in it. We quite simply don't know what we don't know yet. But from what I could experiment and see in the Theorycraft streams, Death Knight lacks some explosiveness, usually the trait of the best classes in Hearthstone.

Pros: Anub'Rekhan looks like an absolute powerhouse, able to push new archetypes or be a great support to already existing ones.

Lingering Zombie is the other card with a lot of talk around it, appearing as a consensus great one-drop for any aggressive deck looking to build the board.

Cons: Although the armor package should improve Malfurion's survivability, the class still is looking for some more solid defensive tools. And with Spreading Plague going back to Wild soon, Armor might not be enough to stop swarm-based decks in the next rotation.

Pros: The new Arcane package feels coherent, and the cards make a lot of sense together. Eversong Portal is the card that caught the eye of many, even drawing comparisons to the old Emerald Spellstone.

Keeneye Spotter could also revive a weapon-based deck, with Candleshot feeling like an incredible card alongside the new 3-cost unit.

Cons: No support for the only currently viable archetype in Beast Hunter, as well as a very situational legendary Weapon. The Arcane package really needs to work out for Hunter to be relevant during the next expansion.

Pros: The Arcane Bolt synergy was praised during the theorycraft streams, and seems flexible enough to be slotted into various archetypes if needed.
Magister's Apprentice being in the game for a year and four months is a scary perspective. Watch out for every Arcane spell released from here on out.

Cons: Mage needs to find a way to buy enough time if we are going to build around a potential Arcane Bolt OTK. Perhaps that's a good thing though. From the looks of it, the synergy might never make it past being a good support to something else.

Pros: The Dragon package feels like an improvement over the current Control Paladin. The ability to finally develop some threatening minions on board should greatly help the class against other defensive archetypes.

The new Blood package, especially the Divine Shields included, is very strong. It might greatly help some kind of aggressive Paladin archetype to come back.

Cons: Although Paladin feels much improved, its gameplay is still very fair compared to other classes able to pull off stupidly strong turns.

The class will definitely be stronger than it currently is, but I'm not sure if it will be enough to contest other classes like Rogue or Priest.

Pros: Overall solid cards for the class in this set, both able to fortify some archetypes and push a new one in the class.

Unleash Fel, Souleater's Scythe, or Mark of Scorn all look like great cards, able to quickly contribute in some way.

Cons: I'm not buying into the Outcast package at all. I am also lacking faith that Big Demon Hunter can come back.

Pros: Arguably the best class in the game before March of the Lich King, Priest received good enough cards to still be in a position to keep its throne.

Animate Dead, especially, should be crazy good in Combo Priest, while the new Undead package could add another archetype to the Priest's arsenal.

Cons: The current Priest builds are so good that we might never need the new cards. Instead, have them spread around as nice support. For Instance, Mind Eater could fit nicely in Thief Priest, and Bonecaller would be fitting in the Quest archetype.

Pros: Already in a great position as I'm writing this, Rogue might have gotten the best package of all classes with the Concoctions. During streams, the cards were seen in Thief Rogue, Garrote Rogue, and Miracle Rogue, showing how inspired the players were by the new additions.

Cons: Honestly, it's difficult to find one for Valeera. Other than the fact that it's one of the hardest classes to pilot. And that's unlikely to change considering how synergistic the new cards look to be.

Pros: With the Undead joining Thall's army, the class now has even more ways to develop its board and protect it from opposing defenses. Rotgill, especially, looks like a potential sleeper. The Murloc tag alone is something to watch very intently for the class.

Cons: A lot of big cards were added to the class, and, for now, they haven't found any convincing build to be abused. Similarly to Illidan's Big Demon archetype, it feels like Shaman may lack flexibility when it comes to playable archetypes.

Pros: Adding more disruption will eventually lead to Control Warrior being back. I'm certain of it. In the meantime, Enrage Warrior seems to be able to make use of the new Fire package, keeping the class relevant overall.

Cons: Warrior is among the weaker classes in the game, even if the Enrage archetype is able to compete in specific environments. I feel like the class needs more help than it received to make a strong comeback.

Pros: Warlock got a lot of cool concepts to work around and might be the class pushing the most archetypes based on the cards it received. I don't expect it to be great from the start, but potentially the class with the most potential to explore concept-wise.

Cons: Gul'dan got a lot of cool stuff flavor-wise, but it seems so difficult to get away from the Imps or Curse synergy in the class as soon as we are talking about posting results. Discard seems good alongside the Imps, and the Undead are looking like a nice compliment to the Curses in a control deck. There's definitely hope to see new archetypes emerge.

Watching a lot of theorycraft streams replays and social media takes to prepare this piece, and being part of those streams myself on Thursday evening. There's very clearly much left to be figured out for the meta of March of the Lich King.

Because of the restrictions we have when streaming those early events, we are not able to test already existing archetypes and rather focus on building with as many new cards as possible. Logically, this leads to unpolished builds and much weaker decks compared to what will emerge once millions of players start playing with the cards.

Yet, I'm concerned about the Death Knight's inability to draw enough to feel sustainable. Also, classes like Warlock, Demon Hunter, and Priest seem extremely difficult to imagine straying from their established archetypes and play patterns. Among the current top classes, only Rogue felt new, with the Concoctions really bringing something different to how we play a deck.

In that sense, I expect the bigger changes to come from the currently weaker classes. For example, Dragon Paladin or Quest Hunter have potential and might even be competitive archetypes.

No matter what, this is an expansion I am looking forward to a lot and have a similar feeling as the new year rotation. Hopefully, the metagame won't be figured out by the time the World Championship starts so we can be amazed at what the best players in the world manage to create.

I wish everyone a great expansion start. Make sure to come back next week, as we will be highlighting all the best and craziest decks the community manage to come up during the first few days of March of the Lich King. 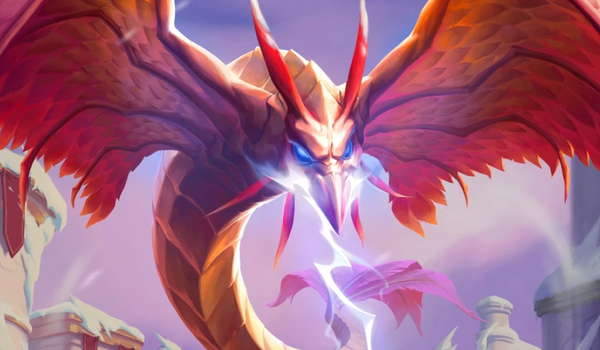 The first week of March of the Lich King brought a round of balance changes and a whole lot of other surprises! 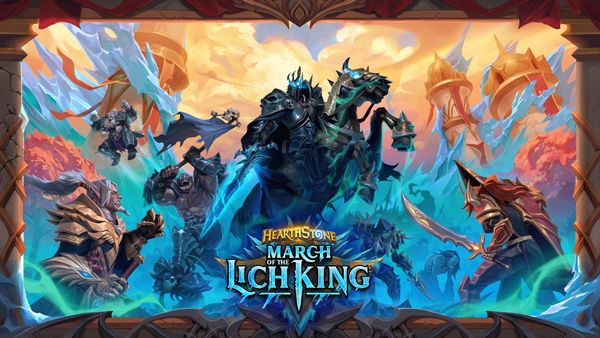 New Demon Hunter and Rogue cards from the upcoming March of the Lich King expansion demand some theorycrafting be done!