It's time for another update!

We've been super busy working on our internal statistics tooling. We're getting ready to put our new system, Redshift-based, into production. We've had excellent results internally which let us do pretty crazy specific queries on what a card's power, effects and impacts are. We're hoping to release more interesting articles on the meta with this new tool, as well as use it on the website itself to generate some cool content in the future.

We're also working on an OAuth2 API which we are currently beta-testing with one of our partners. One of the end goals is to make it possible to obtain replays as a trusted third party with the consent of the users. A lot of people have asked us to share raw replay data with them; we've had to constantly decline, because we want such a system to be opt in, where users are aware they are sharing their own data. An OAuth2-based system will do that, by asking the user for their permission the moment it comes up.

Just yesterday we pushed out a big update to the My Replays list: 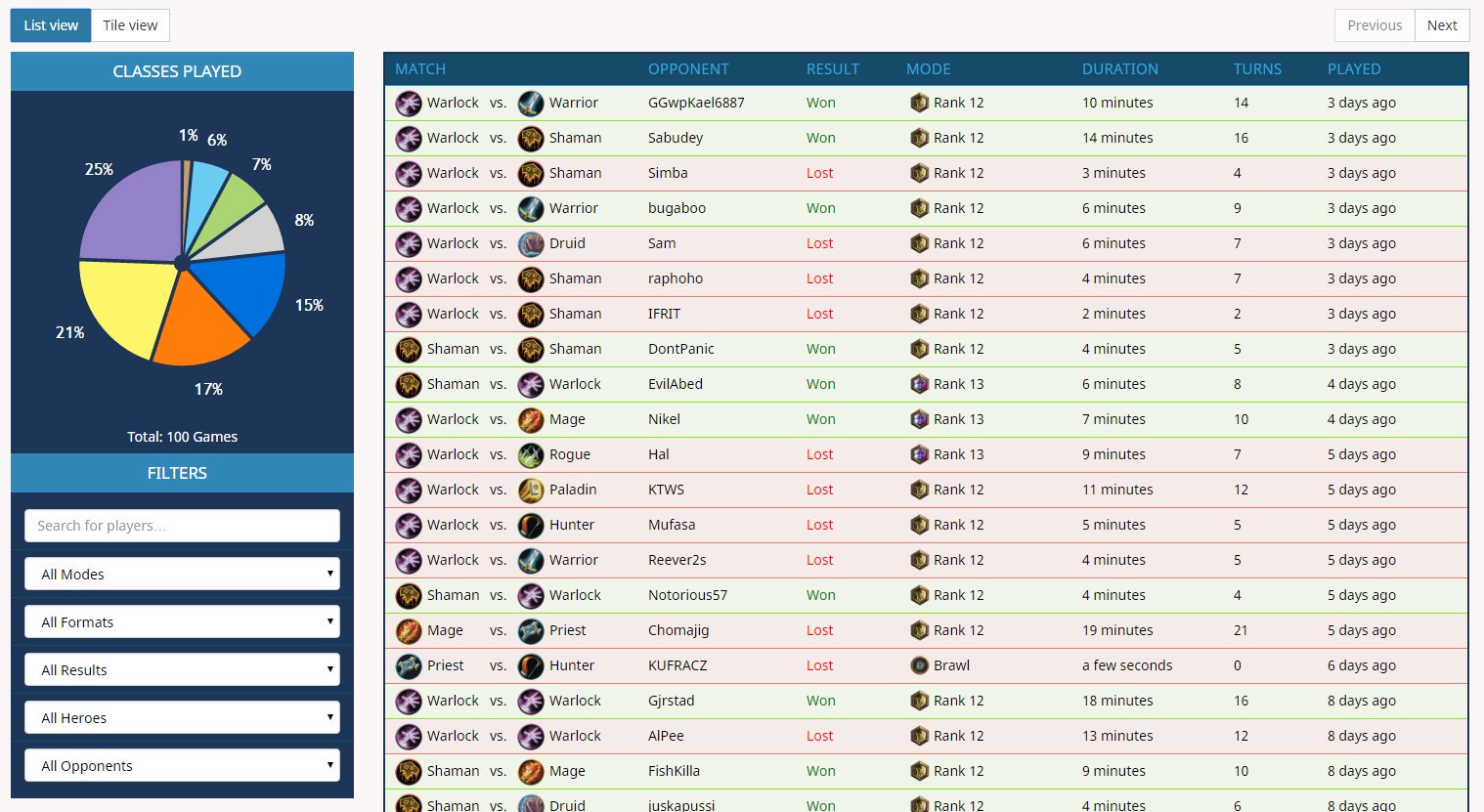 We moved the filters to the left side and we added a visible class played graph (this is generated in-browser, it only takes into account the loaded games).
We also added a way to toggle between the current default tiles view, and a more information-dense list view. This was a popular feature request, we hope you like it.

This is for the programmers: We're releasing Webhooks into beta. Webhooks are a way for your own API to get informed when an event happens. You can see them from the API section of your account settings. You'll be able to create and manage webhooks there as well as see deliveries; they are currently set up to send the contents of the metadata of a game, including a link to the HSReplay XML file.

We're hoping this feature empowers users to do cool stuff with their own data. If you have ideas, let us know!

China has its own account region on Battle.net, which makes it very tricky to deal with - currently, when you sign in, you get redirected to us.battle.net which works for all accounts (US, EU, SEA) except Chinese ones. There are also possible conflicts in Battletags and user IDs when dealing with china, so we've had to update our systems to account for those possibilities.

This is something that's tricky to test, as none of us in the team actually have accounts in China (and you can't create one without a chinese ID). If you want to help us beta test this, shoot us an email at contact@hsreplay.net! Once we know it's working well, we'll add a region selection dropdown on login.

The "Show deck" link in the replay infobox has gained cooler, HDT-looking decklists. Screenshot. We're working on making it so that you can copy-paste the decklist straight into HDT :)

We've long had the ability to set the default replayer language from the account settings but this was not possible for users without an account.

It's now possible to set it from Joust, the replayer. In the settings icon in the bottom-right corner, you can pick the default card language. It'll be saved to the cookies and valid for every replay you load from the browser. It also overrides the setting in the account settings, in case you set it in both places.

And that's it! Let us know on Discord if you have feedback or questions. Don't forget to follow us on Twitter for updates! 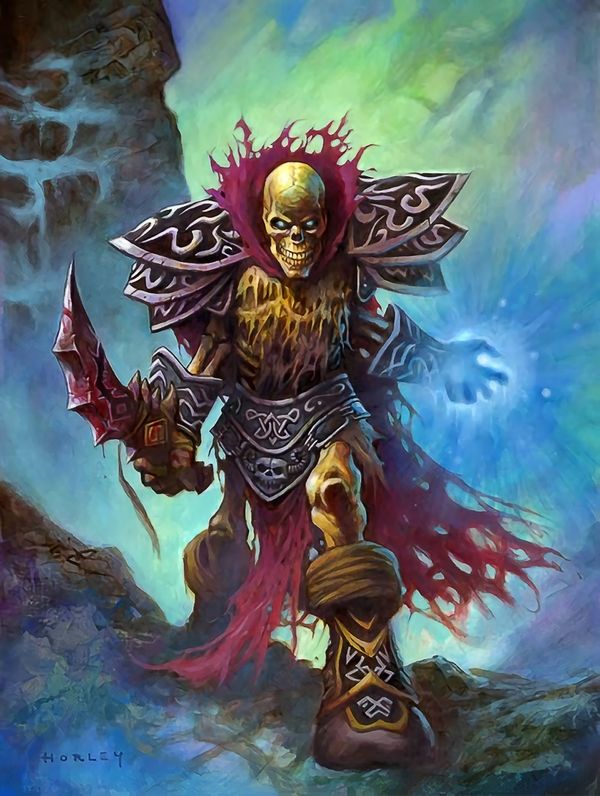 It doesn't feel great when you spend 1600 dust on a card that seems good in theory, only to realize a week later you're not really playing with it (Finja