Rotations can be a bittersweet affair. They spice up the meta, and while the sentiment towards them is usually overwhelmingly positive, players will often lament the loss of their old favorites. The following article uses the ranked floor lift methodology for quantifying fun in Hearthstone to estimate which rotating cards will be missed most and which decks you should try before the rotation.

Specifically, in this article we provide:


The following shows the relative increase in play rate for rotating cards at rank floors. Cards must have over 5000 recorded plays in the last month to be retained. Rotating sets include Whispers of the Old Gods, One Night in Karazhan, Mean Streets of Gadgetzan and the Hall of Fame Inductees. 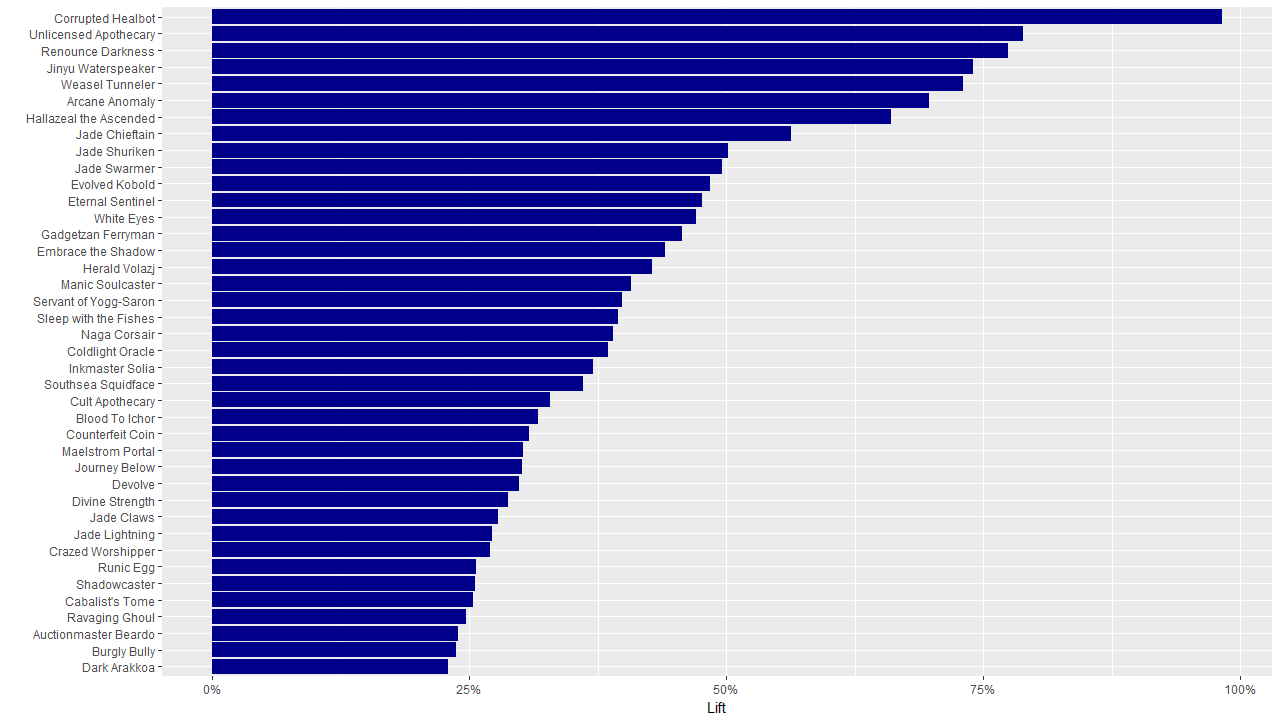 At a glance, the following fun decks become unplayable in standard after the rotation assuming existing tools aren't replaced.

Interestingly, alot of OTKs will become impossible in standard moving forward with the notable exception being Mage. The Priest and Warlock OTKs could be considered niche, but the Paladin variant has seen renewed success since the 10.2 nerfs. Weasel Tunneler and Renounce Darkness are the defining cards in their respective decks and will completely vanish with the start of the Year of the Raven.

The following are fun archetypes which will be impacted by the rotation but likely still playable or likely to be supported by new cards in upcoming expansions.

The list features many staple Shaman cards implying players are just playing Shaman at ranked floors due to its current lack of competitive viability. The Quest Rogue has found it difficult to complete the quest since the nerf, and the removal of two potential bounce opportunities will really hurt the deck even more. Blizzard has indicated they will likely keep Quests, Death Knights, and Legendary Weapons relevant until they rotate, so there is a good chance they will see support moving forward.

Conversely to the previous section, we can use the data to show which cards players dropped at ranked floors implying they're purely played for competitive viability. The following shows play rate delta at ranked floors for the top 40 most played rotating cards. 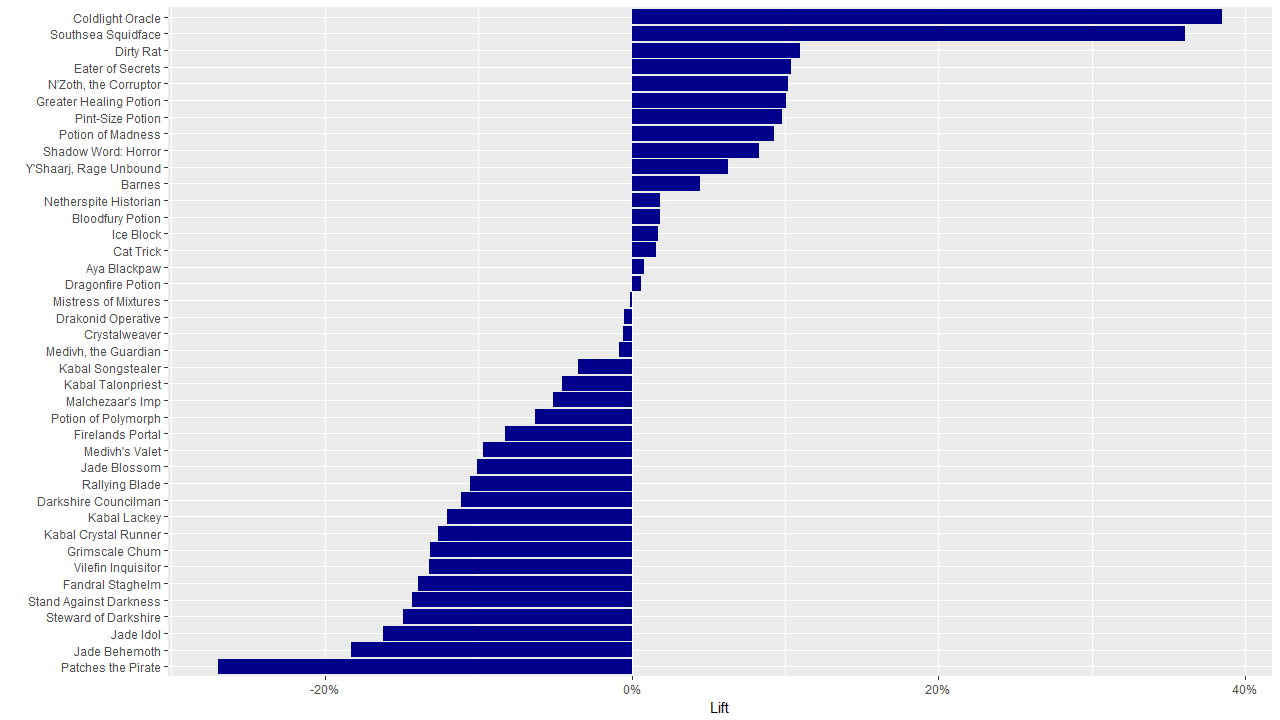 Fun in Hearthstone is subjective, and therefore analysis of the above requires some interpretation. It should be noted that this is purely a measure of the motivation of the player, not the opponent (looking at you Barnes). Looking down the list, many of the cards with big negative values have been controversial whereas those at the top see alot of love.

Patches the Pirate was the subject of negative player sentiment from launch right up until its recent change (note the data includes pre-nerf matches). Following this are two Jade druid cards, again a deck which has been criticized for its matchup with other control decks particularly before the launch of Kobolds and Catacombs. Finally, Aggro & Murloc Paladin cards, as well as Secret Mage cards are featured heavily. These cards represent those whose rotation will contribute most to the game feeling fresh again post-rotation.

Conversely, the most fun and most played cards appear in a vast assortment. Southsea Squidface appears in Mill/Fatigue Rogue, which sees a play-rate that outshines its win-rate. Dirty Rat is one of the most unique risk/reward and skill testing cards ever released and players obviously love including it at ranked floors. N'Zoth the Corrupter also makes an appearance high on the list, with the Old God being a fan favorite for its versatility and power.

Two of the three cards rotating into the Hall of Fame appear on the list. Ice Block has been flagged as a problem card for a while, but the data suggests that players don't particularly love or hate playing it on average. On the other hand, Coldlight Oracle is the card people most players will go to when results don't matter. With this in mind, its easy to understand some of the mixed reception to this cards removal from standard.

So next time you hit a ranked floor, drop the Jade Druid, Secret Mage, and Aggro Paladin and have a go at OTK Priest or Kingsbane Rogue before the start of the Year of the Raven!

Nine Fun Decks To Play Before Rotation - HSReplay.net from r/hearthstone

Today we're excited to release one of our top requested features: Syncing your Hearthstone Collection between Hearthstone Deck Tracker and HSReplay.net. By uploading your collection to the site, you 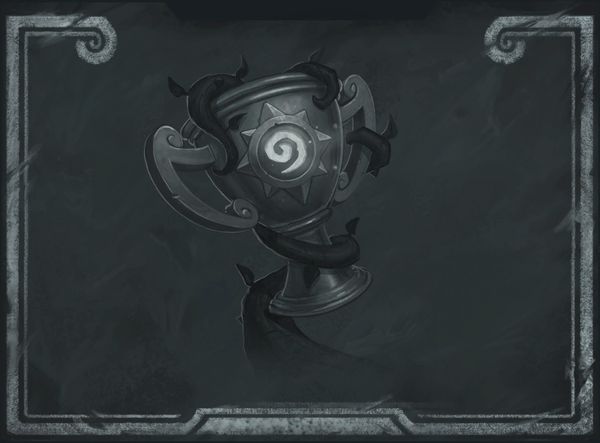 It's that time of year again! The Heroic Brawl is back, but this time with the Wild format. With the excitement of the event returning and the ranked ladder having