With any expansion release, Hearthstone's meta undergoes stages of refinement, counter-strategy and optimization. Typically, we think of Hearthstone as having a single optimized state, and that players work toward it until we reach stability - the implication being that Hearthstone has a single "solution" and that we always get there.

The above logic may seem reasonable within the community you engage with and the games you play, but what if you could step outside of that bubble? If there is one true meta, shouldn't players from all regions eventually reach the same place?

Luckily, Hearthstone provides a way to analyze this. Given its wide global appeal, we can evaluate the differences in the meta across regions to see where they may differ. This provides insight into the relationship between decks, and it also offers new strategies for beating the meta. Let's take a look at some of them.

The North American (NA) and European (EU) servers have had a strong rivalry since the beginning of competitive Hearthstone, each claiming to be the strongest region. But with such cross-pollination among the community and its influencers, how much variation can there really be on the meta as a whole?

As evidenced by the figure above, current archetypes have very similar play-rates in NA and EU. If anything, it could be argued that a slight deficit of top tier aggro decks such as Odd Rogue and control killers like Quest Rogue allow for greater viability of combo decks such as Shudderwock Shaman and Malygos Druid. Even so, the two metas have largely converged to the same position.

Now, let's look how regions more culturally isolated from each other differ.

Here's where things start to get interesting. The spread of points around the line of equal play-rate noticeably increases, implying more differences in the meta between the regions in general.

While Zoo Warlock is the dominant deck (by play-rate) on NA and EU, Odd Rogue is much closer in the Asia region. And even though a 1% increase in play-rate might not seem like much, this actually means Odd Rogue is ~27% more popular in Asia than in NA.

If you're in the "Boomsday = Druidstone" camp, spare a thought for those on the Asia server, who see even higher play-rates of Malygos, Token and Taunt archetypes.

Moving on to the China server, we see even greater variation. Both Odd Rogue and Deathrattle Hunter trump Zoo Warlock in terms of play-rates. Staples of the NA meta such as Tempo Mage and Odd Warrior see significantly less play. If you're not a fan of Quest Rogue, you're probably not going to want to switch servers any time soon.

To summarize, we can establish that the metas don't end up in the same place even though there are common threads between them. Zoo Warlock, Odd Rogue and Deathrattle Hunter may still be the most popular archetypes in all 4 regions, but their play-rates differ enough between servers that it's noticeable when queuing up on ladder.

What about you? Do you play in only one server or multiple? What strategies do you use to maximize your winrate in each of them? Let us know on Twitter or Facebook! 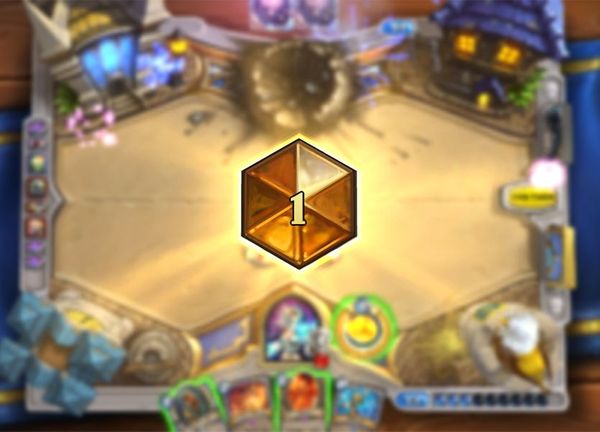 The HSReplay.net team is proud to announce the release of a much requested feature: Top Legend filter! This new filter will allow Premium users to only see stats from games recorded in the top 1,000 ranks of Legend.

Whizbang the Wonderful was a card hyped since its unveiling, being heralded as the champion of free-to-play and the ultimate challenge for streamers throughout the community. Many have pledged to reach legend using the card, but just how hard a challenge will that be?