If you already defeated Chapter I of Tombs of Terror, it's time to take on the elements resting in Chapter II: The Scorching Dunes!

Thanks to the dedicated explorers using the Hearthstone Deck Tracker, we've been able to identify a few things that are working (and some that are not) to help you on your adventure!

A new Hero enters the scene

After clearing The Lost City from the Plague Lord of Murlocs, you can now choose to play Chapter II as either Reno Jackson or Sir Finley. To our surprise, players seem to be split right in the middle as far as that decision, with 50.1% picking Reno and 49.9% choosing Finley as their starting Hero.

It also looks like our explorers are still gathering their courage, with approximately 51.8% of players choosing to replay Chapter I with Sir Finley before moving forward to Chapter II with either Hero.

Our suggestion: pick Finley if you're venturing into Chapter II, as he currently boasts a slightly higher winrate than Reno's.

A new Chapter also brings a new Twist, so prepare to face the Plague of Madness, which reads "At the end of each player's turn, their right-most minion attacks a random enemy". Many players seem to have mistakenly skipped over the "right-most" part of the Twist and assumed that a random minion attacks. Make sure to properly position your minions on the board in order to take advantage of this effect!

We will focus on Sir Finley in this section, as there's a lot of data to go through. You are locked into using Finley's Pith Helmet Signature Treasure and the New "Recruits" Hero Power during your first run, but more interesting decisions lie ahead as you unlock new Treasures like Truesilver Lance and new Hero Powers like Bubble Blower and Power Up!.

Our suggestion: although the difference is slim, our stats show that the New "Recruits" Hero Power has a higher winrate in both Normal and Heroic modes.

Once you beat enough Plague Lords and unlock most Hero Powers and Signature Treasures, you will be faced with a lot of different combinations to choose. Here's a look at some of those combinations and how they have performed so far according to our data (only for Normal mode):

K'zrath, the Plague Lord of Madness can truly be maddening to play against, so it's important to remember that any damage you deal to him will transfer over to your next run. Don't put undue pressure on yourself to get through all his 300 points of Health in one go, as only about 31.8% of players manage to do that.

The battle against this Plague Lord can be broken down into 3 phases based on K'zrath's different Hero Powers, each unlocked after 100 damage has been dealt.

This is probably the trickiest out of all the Hero Powers that K'zrath unleashes on you. Since this activates at the beginning of each of his turns, he is guaranteed to have one of your minions join his side of the battlefield. He has a tendency to play minions on most turns, so he'll probably safeguard this minion from being transferred directly back to you the next turn. Though aggressive strategies pay off for most of Chapter II, you have to think long and hard about how you spend your resources against K'zrath.

Hero Power at 200 Health: Evoke Panic (0 mana)
Force the minion with the lowest Health to attack one of its neighbors.

Take a deep breath. Things get quite a bit easier from here. This hero power is much simpler to work around as it can target K'zrath's minions, too. "Optimal trades" is the name of the game in this phase. Try to maintain and continue to build a strong board, while taking advantage of the Twist by placing your strongest minions on the right-hand side of your board.

Hero Power at 100 Health: Murmurs of Mortality (Passive)
After a friendly minion dies, bring an enemy minion to 1 Health.

Keeping a diversified board is the best way to protect your big hitters at this point in the match. The fewer of your opponent's minions that you trade into, the less this Hero Power will trigger. Focus on SMORCing down that last 100 Health points and only deviate from that plan if necessary.

Players have just begun unlocking and experimenting with the different combinations of Signature Treasures, Hero Powers and Decks (which we haven't even analyzed yet!), so there's still plenty of time to explore Uldum and Tombs of Terror. Time will tell whether Sir Finley will remain the best Hero to conquer Chapter II with or if Elise and Brann have enough tricks up their sleeves to change this. 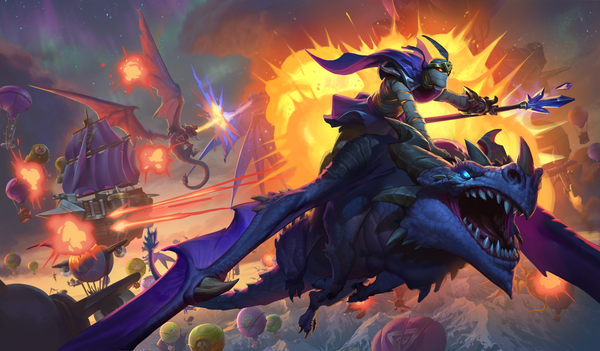 The HSReplay.net team interviews Dean Ayala and Melissa Corning from the Hearthstone team at BlizzCon about the upcoming set and game mode. 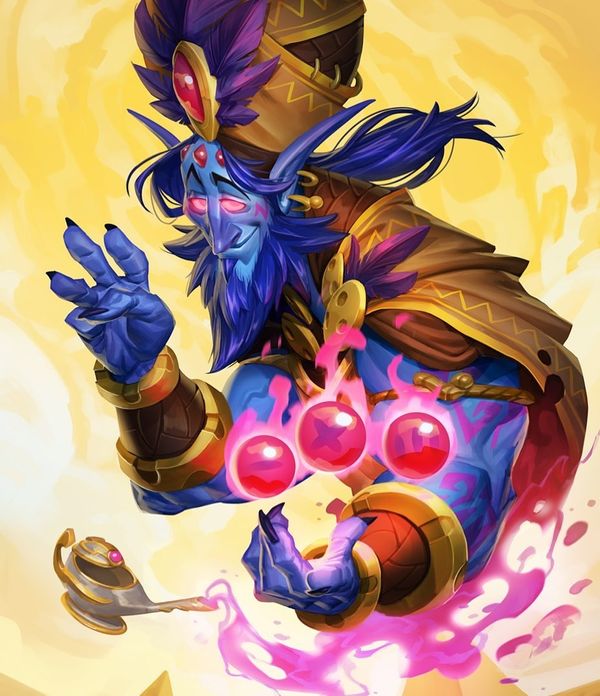 Our good friends at The Angry Chicken had a chance to interview Initial Game Designer Celestalon about the long development history of Zephrys the Great. Learn all about the 6+