Tiago Taparelli from the HSReplay.net team had a chance to sit down with Hearthstone caster and personality TJ Sanders for an interview during Masters Tour Arlington. Interview follows.

Back in October you shared some very personal news that you would have to undergo open heart surgery. How was the recovery and how are you feeling today?

TJ: I honestly feel better than I expected. I had multiple heart problems when I was born, and I had heart surgery when I was 11. It was a smaller surgery than the one I recently had, but I remember that one being a lot tougher. I couldn't play sports, I couldn't hang out with my friends... So maybe I was expecting that level of not being able to do things I like for a long time. But thankfully I've grown up a lot since I was 11. It felt like a much easier recovery, and I feel great.

I was reluctant to say things about it publicly initially. I don't share too much about my personal life on social media. I just like to keep it to memes and when we're going live for an event mostly. But it was a big deal for me, and I thought I'd be out from casting for a lot longer. I wasn't going to be at BlizzCon or the Grandmasters Finals so I felt like I needed to share. The response from the community was overwhelming. I didn't expect that many people to not only care but to reach out to me and tell me how much they were going to miss me at the desk. It was very emotional and overwhelming.

I imagine that preparing for a tournament like a Masters Tour with hundreds of competitors and so many different lineups can't be easy. Can you tell us about your process in preparing for it?

TJ: Going to a Masters Tour, there's more for me to do than just prep for the decklists, metagame and players. I work a lot with the broadcast team on the content we're going to present during and in-between matches. It's nearly impossible to find background stories for 250+ players, so we usually focus on the ones that we can know more about. Mostly, it's just preparing to talk about the games, and then during the event we work hard to find the last parts.

This one was especially difficult because we had Galakrond's Awakening releasing just before this. Embiggen Druid was a deck that didn't really exist before Winged Guardian came around. Just trying to play as much as possible helps me to understand the meta inside and out.

What kinds of tools do you and the casters have available during broadcasts to keep track of the games while you're casting?

TJ: Right now? Everything's manual. We have a producer who was a professional Hearthstone player. If we miss something, he'll usually tell us. For things like how many times Galakrond's been invoked or how many turns have passed, we have to track that all manually.

For Grandmasters, we do use Hearthstone Deck Tracker. We have a third monitor that's on our screen which acts as a third spectator for the game. That allows us to have cards drawn. It was necessary in the Bomb Warrior metagame because we could see how many Bombs were shuffled into the deck. There was one week where we had 14 out of 16 players bring Bomb Warrior. And we both looked at the decklists and said, "If we don't have a Bomb tracker, we're going to go insane." So we used that. But we've also had to get good over the years of tracking things mentally.

Can you share any funny stories that we may not know about from a casting experience you've had?

TJ: A lot of the stuff that happens that's funny is just us throwing around jokes in the talent green room, especially with me and Sottle. He's like a grumpy, straight-faced guy. He likes to be right and I'm not right a lot of the time. But I like to make it so that when he's on the right side of the argument, I still win just by being dumb.

There's a funny highlight that just happened on stream in the match with Felkeine vs. TIZS. And Felkeine just went insane after he was expecting to get Siphon Soul and Zephrys gave him 3 different options, one being Mind Control which he couldn't even play. And just his reactions on camera there and throughout the tournament have been insane.

What is your fondest memory from casting Hearthstone?

TJ: In the Bahamas at the HCT Winter Championship in 2017, Admirable and I had this one cast where it was towards the end of the day. We had very long–like 14-16 hour days–because we were doing best of 7 Conquest. The meta back then wasn't the most exciting. Admirable and I were sitting backstage and thinking to ourselves, "What could we do to make this cast more interesting?". And we started looking at idioms and sayings, and we made a list of slightly mispronounced idioms. And we did an entire cast where we naturally inserted poorly quoted idioms seamlessly into the cast. It was one of the best casts because we had fun and as chat caught on they had fun, too. There was a huge Reddit thread with hundreds of comments with the title "Are they doing it on purpose?". It was super fun.

Any recommendations for aspiring casters or commentators who want to break into the industry?

TJ: The number one thing you can do is cast games. Whether it's just casting a game between your friends and putting it on YouTube or taking games from streamers (with permission of course) and casting over those... Just finding little things to cast. There are a lot of Fireside Gatherings that happen where usually organizers are looking for casters. You can go out and find a local card gaming shop and get started there. But it's really just getting the reps–getting the experience casting.

Can we expect TalkStone to return anytime soon?

I can't make any promises, but TalkStone was one of my favorite shows that I've worked on. Getting me and Dan in a room and getting to talk about Hearthstone for an hour and a half and trying to cut that down was really fun. We were so busy last year with Grandmasters, each week there were so many matches. It was hard to find time to record. And we already talked about Hearthstone so much during the week that it was hard to find things that we hadn't talked about in the 10 Bomb Warrior mirrors that we were casting every week. I hope we can bring it back but no promises.

To finish the interview, let's do a series of quick questions. Just say the first thing that comes to your mind!

Favorite deck in the current meta?

TJ: I'm gonna get flamed for this. Embiggen Druid.

A non-GM player to watch out for?

One matchup you "hated" to cast?

Thanks for taking the time to talk to us TJ! 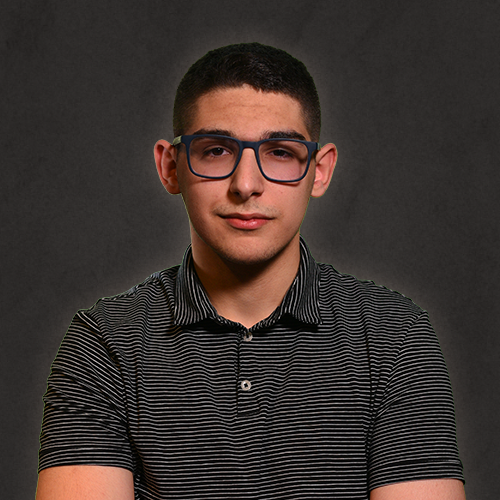 Before we start the interview, HUGE congratulations to xBlyzes on his recent victory in the Masters Tour Los Angeles! His unparalleled understanding of the meta, matchups and resilience enabled him 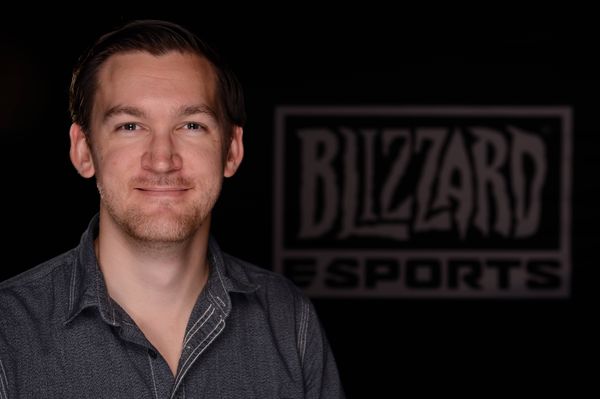 Tiago Taparelli from the HSReplay.net team had a chance to sit down with Drew Higbee, Hearthstone Esports Product Manager for an interview during Masters Tour Arlington. Interview follows. Moving