The 4th round of balance changes to Hearthstone cards since Ashes of Outland's release has been announced today, and it's a big one. Check out all the card changes arriving with Patch 17.6 on July 14th.

Highlander decks suffer from their inability to have consistent draws. This makes their swing cards and turns extremely important. Dragonqueen Alexstrasza not only creates a strong 8/8 body when you're ahead but gives you two extremely discounted and likely strong bodies with effects, too. Making them cost 1-mana instead forces players to spread out the impact of these minions rather than rolling them all into a single turn.

Corsair Cache has been one of the most popular cards for all Warrior archetypes in Standard and Wild since its release. The tutor effect of drawing a weapon is fairly good on its own, but being able to get additional swings and more damage gives Warrior the ability to apply consistent pressure. The durability buff on its own is the stronger piece, but taking away that extra attack will bring it a bit down in power level.

Demon Hunter has many tools that deny any defensive measures from their opponent, and Metamorphosis is one of the biggest offenders. Changing it from a 7-mana Pyroblast to dealing 8 damage instead gives opponents a little more room to breathe, recover, and fight back.

This card is played because of its powerful effect. It will continue to be a finisher as that part has been left untouched. But when played for tempo in the midgame, Kayn will be easier to deal with.

One of the most effective tools in Demon Hunter's arsenal allows them to clear the board and apply pressure all at the same time. Delaying its ability to be played will force Demon Hunters to come up with alternative means to swing the board in their favor on turn 5. Glaivebound Adept's dependency on the hero power means that these will be competing on the same turn. Expect to see the biggest changes to the class because of this shift.

Puzzle Box of Yogg Saron is a desperation play for a lot of Mage decks right now. While its effectiveness is varied, being able to trigger it earlier in the game can lead to scenarios that are too powerful. Dragoncaster's increase of mana still allows Mage players to get tempo from its 4/4 body and free spell but will slow things down. We'll be watching to see if it still makes the cut for most Highlander Mage decks or if a different card ends up replacing it.

This draw mechanic has been a key part of the Spell Druid package for as long as it's been in Standard. Though this change doesn't force Spell Druid to play much differently, it does make its combo potential with Exotic Mountseller a little more tricky. But thanks to Ironbark and Bogbeam, you won't be struggling with this.

Playing cards for zero mana is a recipe for disaster, so it's only fitting that Galakrond, the Nightmare and its upgraded states are finally getting the adjustment they need. Changing the cards drawn to 1-mana will make it more difficult to play Galakrond and the cards drawn on the same turn for a huge swing.

In the announcement, Blizzard also mentions upcoming updates to Battlegrounds:

We have some Battlegrounds updates planned for the near future as well. Stay tuned! 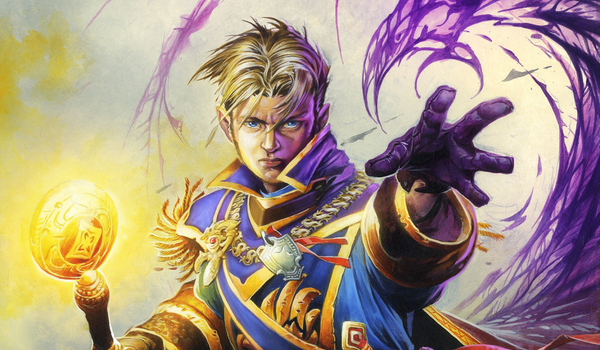 Priests are about to become more popular. High legend player Rarran has some tips on how to beat them.

While we all await eagerly for the announcement of Hearthstone's next expansion, the Ashes of Outland meta has settled down tremendously. Although Priest is not in great shape overall, several