We've seen a cavalcade of balance changes during the Ashes of Outlands meta, and it's clear now that archetype development has slowed down significantly. This slower metagame has given rise to a variety of archetypes such as Quest Warlock and Galakrond Priest while allowing Demon Hunter to continue to wreak havoc.

With the most recent round of changes, Bomb Warrior quickly rose to the top, and according to HSReplay.net stats, has had a solid place amongst the highest winrate decks in top 1000 legend. Last month, I used this Bomb Warrior list (insert list below) to reach rank 1 Legend on the North Americas server maintaining a 70% winrate over 40 games. However this deck is similar to Enrage Warrior in the sense that a ton of its mechanics require complex decisions and foresight.

Bomb Warrior is a difficult deck to pilot. It's important to recognize that this is a control deck first and foremost and a Bomb-focused deck second. Often, especially vs aggressive decks, you win the game before your opponent draws a single bomb just by using weapons, board clears, and Risky Skippers to control the game while gaining lots of health. Against midrange or tempo decks, try to stay even on board or ahead while also taking every opportunity to invest in bombs. Later in the game, hit the opponent with the "Well Played" as you clear their entire board, gain loads of armor, summon some big Rush minions, draw tons of cards, or play Blastmaster Boom for complete Boom Bot dominance.

Ancharrr – One of the best cards in the game right now. It’s unbelievable that in one point of its life it was a 2/3. Ancharrr does so much for this deck whether it’s removing threats on board, tutoring out your Risky Skippers or curving perfectly with your Corsair Cache. Ancharrr has it all. I keep it in the mulligan in every matchup.

Corsair Cache – Another contender for one of the best cards in the game and somewhat of an unsung hero. The ability to guarantee drawing weapons from your deck is super useful in controlling the early game. In matchups against Highlander decks, being able to consistently draw a Wrenchcaliber on turn 4 can be game winning as it disrupts all the deck's key cards: Zephrys the Great, Reno the Relicologist, Dinotamer Brann, or Dragonqueen Alexstraza. It is no surprise that according to HSReplay.net stats this is the 2nd highest mulligan winrate card–second to only Ancharr.

Risky Skipper – In 2020, you can’t build a Warrior deck without the inclusion of this little pirate. This card does so much in the right hands but will take a lot of practice to learn to use to its full potential. The key cards to watch for synergies with are Bloodboil Brute, Bomb Wrangler and Armorsmith as well as the 2 mana "Draw a Million" Battle Rage. If you're playing against an aggressive deck, focus on using them for clearing the board and gaining health. Against control decks, they're best used to draw lots of cards.

Keeping Wrenchcaliber – It’s just not really worth keeping in any matchup. Trust me. Be greedy. Drawing this weapon from Corsair Cache is just too good to pass up. Even when facing Highlander decks, don’t get baited. Throw it away.

Keeping Armorsmith against aggressive decks – Everyone remembers that one game where they lose with this deck against Demon Hunter because they didn’t draw Armorsmith. Repeat after me: "Armorsmith is a combo piece." This phrase will save you. As part of a combo, you don't want it unless you also have Risky Skipper, other minions, and/or Battle Rage. These combos don’t usually happen until the mid or late game. You’d much rather have minions, weapons, and spells to play earlier in the game rather than holding an Armorsmith all game and dying before you make it to turn 6.

Tempo Demon Hunter – This matchup is a favorable one. Your main objective here is to stay alive. The Bomb win condition is usually irrelevant. You're trying to run your opponent out of resources instead. If you don’t take too much damage in the early game, a well-placed Risky Skipper + Armorsmith turn will usually seal the win.

Spell/Dragon Druid – This list runs two Brawls which significantly increases your chances of winning this matchup. The main tip I can give you is to not use your Brawls too liberally. If the board isn't too threatening or if you have lots of health, hold that Brawl. It might be worth waiting one turn on the Brawl to get maximum value so that you don’t run out of removal before you face down a more menacing board next turn. At the time of writing this, I am 12-2 versus Druid with this deck.

Egg Warrior – This matchup can be close for sure. But once again, the double Brawl can be your saving grace. This is the one matchup I wish I had Livewire Lances instead as you can sometimes fall behind in tempo. If I know my opponent is playing Egg Warrior, I keep Bladestorm to avoid getting rolled by an early Warmaul Challenger. The issue with this on ladder is that if your opponent is a Bomb Warrior, Bladestorm is a much worse card. Just play Control in this matchup, replying to their Risky Skipper boards with Skippers of your own. Count your combo damage (Inner Rage + Grommash Hellscream or Inner Rage + Kor'kron Elite + Bloodsworn Mercenary) at all times. Also remember that your opponent is doing the same. Make sure you are armored out of lethal range. As a slow deck, you give the Egg Warrior a decent amount of time to assemble these OTK pieces. If you feel they are doing so, apply some pressure in the form of Bombs or Blastmaster Boom to force them to waste their resources and lose their win condition.

Highlander Hunter – Bombs give you an advantage in this matchup, but they're not necessary for killing your opponent. The Highlander Hunter’s main power spikes come in the forms of Zephrys the Great, Dinotamer Brann, and Dragonqueen Alexstrasza. Although it is sometimes impossible to prevent an early Zephrys, it's worth sacrificing tempo to make sure at least 2 bombs are in your opponents deck as soon as possible and for as long as possible. This disables the their big power swing turns and allows you to take the game from there. As in most matchups, staying alive and keeping your health total respectable in the early game is the key to out-valuing and winning in the late game.

Bomb Warrior is one of the strongest decks in the game right now and rewards well-thought out strategies. As difficult as it may feel when beginning to try it out, take time to think through every decision especially on big Risky Skipper turns. Considering the effects from your plays on the state of the board and your hand will help you weigh decisions effectively. Don’t feel ashamed to rope out these important turns. They can be the difference between a win and a loss. I can see the deck continuing to be optimized in the future, but for now this is what I’ve got. And it seems to do pretty good for me!

Thanks a lot for reading and making it to the end, If you have any questions regarding this deck or anything else, you can find me on twitch.tv/LiquidOx__ or posting updated metabreaking decks and memes on my twitter @LiquidOxHs. Good luck on the climb!

LiquidOx
https://www.twitch.tv/liquidox__
A dedicated competitive Hearthstone player and streamer that joined HypeHorizen in May 2020. When he's not streaming Hearthstone, he's practicing lineups for tournaments or watching Hearthstone.

HypeHorizen
https://www.hypehorizen.com
HypeHorizen is a competitive esports organization that exists to provide support, mentoring, stream assistance and game training to its roster members. The company is proud to work with up and coming streamers and players of all skill levels. 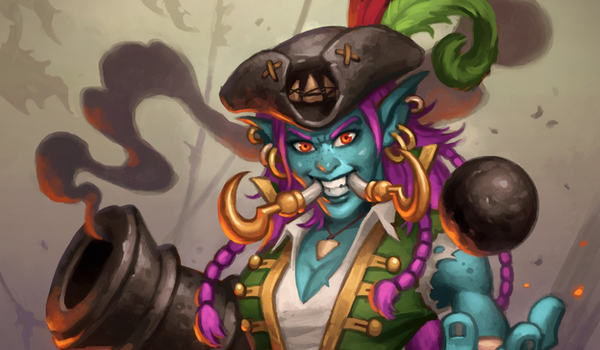 Learn the ins and outs of the top performing hero in Battlegrounds, Captain Hooktusk. 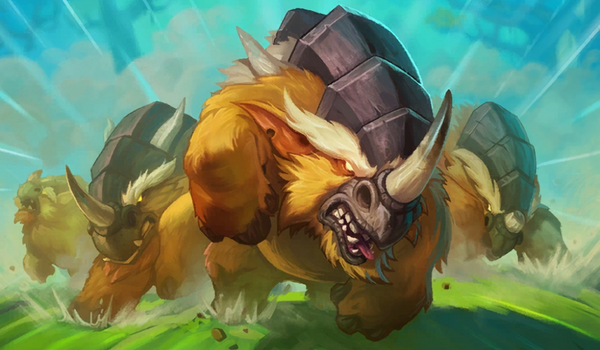 Check out the top performing Standard decks from the past week as gathered by HSReplay.net