The first days of an expansion's release are always some of the most volatile and confusing... and fun and exhilarating. Now that we've had 24 hours to parse through the initial data, it's time to start looking at what trends are starting to show up and how you can have a leg up on the competition on the ladder.

The Silver Hand are big winners right out of the gates. Though all its archetypes were at the bottom of tier lists for almost all of the Ashes of Outland meta, Paladin has a number of powerful decks that are dominating the field. High Abbess Alura has been a powerhouse so far taking Libram Paladin in a much different (read "much better") direction. Many lists are even cutting Libram of Justice and Consecration for the sake of making her effect even more reliable. Murloc Paladin is still ripping through experimental decks like aggressive decks usually do on the first day of new metas.

Mana ramping is almost always dangerously powerful. And Lightning Bloom's addition to the game is turning heads. It is currently included in 26.6% of ALL decks in Diamond through Legend games. It fits in every Shaman or Druid deck right now and allows those decks to get ahead in their game plan before their opponent has the means to play an equal force against them. Guardian Druid is an archetype to keep a close eye on as it's one of the main culprits for Druid's rise in popularity and effectiveness. Outside of the insane turn 1 Guardian Animals play, there are still a few consistent ways to stop them. Use the Taunts found in Libram Paladin to keep them from getting through or just outrun them with all the mrgrgls you can muster.

Libram Paladin is currently a front runner as it has favorable matchups against the other popular archetypes Guardian Druid and Aggro Rogue. If Libram Paladin is the deck that's giving you grief, check out the more aggressive flavors of Demon Hunter that are surfacing.

We'll be watching and organizing the data for the meta and decklists on HSReplay.net very carefully in the days to come. Stay tuned to keep up-to-date with all the latest developments! 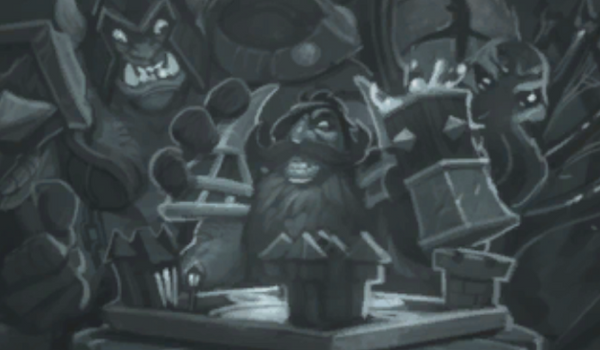 Here are some standout decks from players in the brand new Scholomance Academy meta.