MURDER IS AFOOT. And while mystery is in the air, we're back with the Oracle Awards to see which of the content creators we surveyed is the best at sleuthing out the best cards from Hearthstone's latest set Murder at Castle Nathria.

For this round, we asked for predictions concerning the 10 "suspect" legendary cards from this expansion. After we can line up 2 weeks of data from the new expansion, we will revisit these predictions with the data we've gathered to reward the player who was most accurate!

All players judged these cards against one another and ranked them with 1st being their best pick and 10th being the worst. Let's see which suspects are clearly motivated to win and which could never follow through:

Will relics become a thing of the past all too quickly? While there is a fairly even spread, infusing 5 minions with Xy'mox could be a tough task to pull off for many Demon Hunter decks. Perhaps a Token-heavy strategy could it to be a more contentious card.

Druid's ramp strategies are going to keep on piling through in this next expansion, but Sesselie's cost and ancestor (Ironbark Protector) just don't seem to offer enough of an incentive for inclusion. While Renathal decklists might have room, expect tighter lists to stick to the guaranteed wins that don't limit deck construction.

The Demon Hunter, Hunter, and Mage packages in Murder at Castle Nathria are extremely intriguing as they are all small lists of non-archetype defining cards that can fit into a variety of strategies. Wildseeds, in particular, seem to have a wide spread of uses. Ara'lon's midgame placement could cause a burst of board readiness, but it might be too slow compared to the other mana cheating strategies in the class right now.

If KT killed Denathrius, it certainly wasn't done with subtlety. The Volatile Skeletons package have a big payoff in this bomb of a minion. And while slower strategies seem to do well for the class, it's easy to see why KT would get a pretty high mark on most peoples' lists.

If we were asking for rankings based on wordplay, Stewart would've fared much better. But most of the community is rightfully questioning whether or not Silver Hand Recruits will be able to have enough staying power to perform well this expansion. Stewart's big redeeming quality is that when played, this chaining Deathrattle may have a more significant impact than people think.

Pelagos has drawn quite a wide perspective from content creators. While the potential is certainly there when played, the question of his effectiveness is really dependent on what counter strategies look like. An aggressive meta may render him useless while a resource-oriented meta may be able to easily wipe him out.

Miracle strategies typically have a hey day in Rogue. And a 3 durability weapon that benefits from the cards played could dish out a lot of damage. Draka could very well be a fitting finisher for the class in the days ahead.

Boy, are the feelings mixed about evolving shenanigans returning to Hearthstone. Vashj's payoff is extremely hard to dictate. She's another case of her effectiveness being determined by the dynamics of the meta around her. Her dependency on other cards to draw out the value is tough to evaluate as well. Safer to drop her in that second half of rankings for now.

You don't need to go digging to see that Imps are looking scary. And Rafaam is a big reason why. As a late-game bomb, Rafaam will bring a forceful board out of nowhere to hopefully close out the game quickly. We'll see if his tricks allow him to be the clear winner everyone is thinking he will be, or if Clark, luna, and Cara are right in thinking he's overrated.

Olgra's revenge may actually end up just being too cold. She's slow. And clunky. But maybe a big, beefy minion is all Warrior needs to close out the game.

Check out all the guesses of your favorite creators below:

We gave predictors points based on how far away each prediction was from the actual result. With this system, the least points you got, the more accurate your prediction was. We are happy to announce that Edelweiss is our Oracle for the Murder at Castle Nathria expansion!

As part of her prize, Edelweiss will be given 20 HSReplay.net Premium codes to give out to the community! We want to give another big "thank you" to all the awesome people who contributed their predictions. Here are the top 10 submissions for this round: 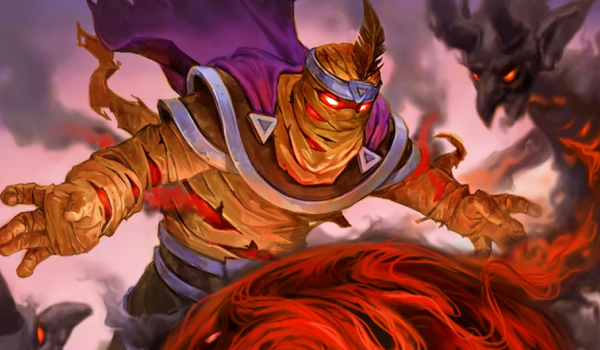 Almost every expansion follows the same path when it comes to the popular decks, and Castle Nathria doesn't seem to be different. The first step always is the excitement of 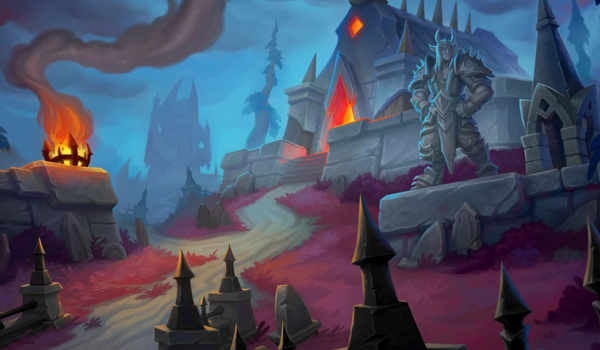 What can we learn from the Theorycrafting streams for Murder at Castle Nathria?