Storybook Brawl is an auto-battler game available for free on Steam. The game is still developing as we speak. Though it's currently labeled as an Early Access title, it has shown significant growth over the year.

The team behind SBB (Good Luck Games) features many card games veterans (even some from Hearthstone previously), and they are giving gamers a lot of reasons to pay attention. So far, an Esports circuit through 2022 and regular balance patches are the main reason to be excited for the future of this game.

Today, I would like to give you an inside look of Storybook Brawl, as it has largely been in the shadows of Team Fight Tactics and Hearthstone Battlegrounds so far. It also has been compared a ton to Battlegrounds over its two years of existence.

The game has its own merits though and shouldn't be missed for what it is worth: A simple, fun, and dynamic auto-battler in a robust fairy tale universe.

Especially if you have been enjoying the auto-battler genre, like Battlegrounds, you should feel right at home with Storybook Brawl. Its simplicity compared to the two juggernauts from Blizzard and Riot makes it easy to pick up the mechanics. I felt like I could impact the outcome of a game after just a few lobbies, as most of the key mechanics were something I have experienced in the past.

As everyone can expect from auto-battlers, both games share a lot of similarities in their gameplay mechanics. As a result, you should feel right at home playing Storybook Brawl if you have any experience with Battlegrounds.

Assembling Your Army and Going to Battle

Hearthstone Battlegrounds and Storybook Brawl share the same building and battling systems when it comes to your army.

The organization of those units you're buying will help you see one of the key differences between the two games upfront. You will have 7 available slots on the board staggered between a front line and a back line, alongside 4 slots in your hand if you decide to keep units for later.

During a battle, your left-most unit will strike first and will only strike again once all the others have done so as well.

While there are fewer keywords in battle compared to Battlegrounds, missing Taunt or Divine Shield for example, Storybook Brawl, the "2 rows system" makes combat strategy extremely different. We will cover that more indepth in the second part of this article.

Overall, I would say both systems are quite similar in terms of complexity and provide the basics you would expect in any auto-battler.

At the start of the game, you will be asked to pick from four different choices, two randomly chosen for free and two others. Those two heroes' availability is dependent on a one-time purchase with in-game currency. People who haven't been fans of the new change in Battlegrounds' Season Pass will love that they can purchase a hero one time to always have access to it if it appears in this pool.

All powers in Storybook Brawl are free during the game, so you never have to pay extra to trigger the capacity of your Hero like you would for some Battlegrounds picks.

Each hero has its own ability, going from minion type support to pushing for a specific play style around the Slay or Last Breath synergies, for example.

Compared to Battlegrounds, I would say the heroes are less flexible in what they bring to the table, and most of them give you a clear direction of the strategy they should excel at.

There are other features we will cover that explain why the heroes are very easy to understand and don't impact the gameplay as much as the ones in Battlegrounds do.

With any auto-battler, you can definitely expect there tobe minion types. Storybook Brawl is no exception. In order to build a cohesive army, we want our units to synergize with each other, and looking at their minion type will greatly help in that regard.

In Storybook Brawl, they do a twist to this, which feels like a great improvement from other games. Here, you'll find that minions aren't limited to just one type. Some of them will have multiple.

In the game, each unit will have a default tribe, it can be an animal, a treant, a mage, a dwarf, a monster… basically its identity as a creature of this fairy tale. Some of them can also have two identities, like an Animal Mage or a Royal Treant.
Then, units can also be aligned, being part of the good guys, or labelled as evil. This means we have good animals, evil mages, neutral treants and so on.

With this little addition to the usual unique minion type for each unit that exists in Battlegrounds, it gives a little more flexibility to how you can create a dominant army. Pivoting compositions becomes more natural as you may already have some minions that stretch into the area you'd like to change to.

Every unit in Storybook Brawl belongs to a tier. There are 5 in total, ranging from 2 to 6. You won't see a minion offered until you reached said tier.

The difference comes in the price of the units, which cost as much gold as the tier they belong to. A tier 2 unit costs 2 gold, while a Tier 6 unit will cost 6 gold.

Another feature we can see in Battlegrounds is the possibility to pay 1 gold in order to reroll the units being sold and the ability to lock all the offered units until next turn for free.

These two game mechanics feel mandatory for any good auto-battler currently, so it's only fitting to see those in Storybook Brawl as well.

Economy is a key part of every game of the genre, and it looks like Battlegrounds established the norm in that regard. You will start the game with 2 gold and acquire 1 per turn with a limit of 12.

You can sell units for 1 gold, except Golden Chicken which sells for 2.

There are ways to acquire gold outside of this simple “gain 1 extra” per turn through unit abilities or spells. We will cover this later on.

Storybook Brawl draws obvious comparisons to the leading games of the genre because of those games' large audiences. And there are features that are mandatory in order to make a good auto-battler nowadays, so it is only logical to find those in SSB.

Yet, the game also has some unique mechanics to play with, creating a different experience compared to other auto-battlers.

Many of those differences will be covered in the second part of this series, published tomorrow, so stay tuned! 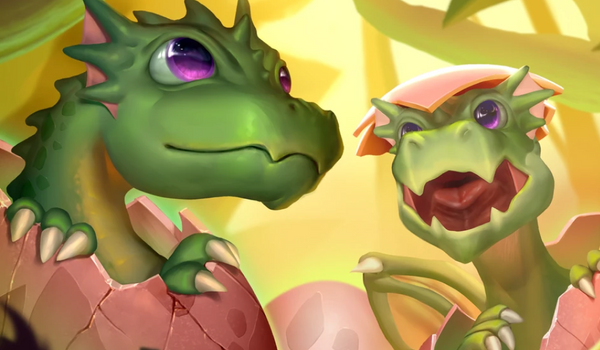 Storybook Brawl is an auto-battler game available for free on Steam. The game is still developing as we speak. Though it's currently labeled as an Early Access title, it has 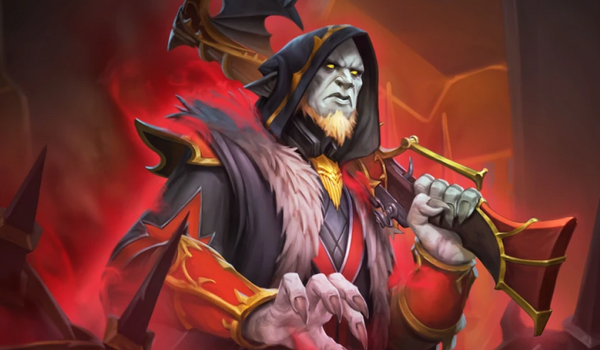 Hunter has seen the greatest leap in performance since the latest patch, but why and what should you be playing?