Apart from looking at some of the best players on the planet battle it out for a spot at this year's world championship, the Fall Hearthstone Championship also carries a lot for how the metagame could shift in the days following it.

At first glance, the metagame could appear to be solved to most players with Priest sitting atop the game and a pack of 5 or 6 classes trying to catch up to it. Warrior is definitely abandoned until the next expansion, while most other classes can feel solid to fragile depending on the match-up you are facing.

In reality, if we take a closer look at the situation, it is really hard to figure out the perfect 30 cards for a lot of different decks:

First, this begs the question of whether the metagame is truly solved or not, and maybe there are a couple of decks that the community has a very bad take on while there are improvements hidden somewhere.
Second, you could wonder if we actually will solve these issues before the next changes, which are expected to come soon after the tournament, for the Hallow's End event.

As a result, the Fall Championship might be the best shot we have at seeing what the actual best decks of this metagame are, and how the top players of the past 3 months think they should be built as well.

The biggest target of patch 24.4.3 has slowly crawled back to a competitive status after being considered a Tier 3 deck. Currently, our data ranks it at the top of Tier 2 with a solid 52.5% win rate across the Diamond and Legend ranks.

If we look at the top of the ladder, the deck struggles a bit more in the Top 1,000 Legend ranks likely because there are many more Bless Priest and Miracle Rogues, two difficult match ups for Rexxar.

As a result, I believe it's safe to say that the nerfs have impacted Beast Hunter in the matchups where it needed to be as fast as possible, such as OTK decks. Yet, against other midrange builds, which are much more popular outside the Legend ranks, it feels like the archetype is still a solid option.

Beast Hunter can still be favored in a lot of matchups as dealing with all the beasts in the deck alongside Altimore and other threats is usually difficult for most archetypes to handle. The slight edge of not having to be concerned about your hero's Health against control gives 30 card lists the nod for being better suited for the meta right now.

The opposite reasoning should apply against very aggressive opponents, especially those with direct damage available. As such, Aggro Demon Hunter, Imp Warlock or Ping Mage likely would be better to face if equipped with an extra 10 health. In those matchups, It seems like Prince Renathal would be worth including in the build.

Against the other midrange decks, which are designed to pressure or simply win through board domination, I don't think 10 health helps that much. Your goal against these decks should be to pressure them, or stop their pressure as soon as possible. Most of the time, your health should be safe as long as you take initiative with who gets to develop onto the board.

In that regard, the 30 cards list could prove to be more reliable and get you to your key cards often.

Overall, it doesn't seem like one or the other deck is the clear-cut better option, at least not until you can figure out what you are facing the most when playing. In my opinion, I would say the 30 cards build is slightly better in a wide environment. So unless Mage and Warlock represent most of your opponents, as these are the two classes you will frequently take direct damage from, I would side with the smaller deck.

The Fall Championship could provide a much deeper insight into the list, and see new ways to play or build Beast Hunter, for example. Not seeing the deck in any line-up would also be a strong indication that the best players do not believe the deck has what it takes to make a comeback.

Ruler of the ranks outside of Top 1,000 Legend, Curse Imp Warlock could compare to what Beast Hunter was before the patch.

In those ranks, the deck is worthy of Tier 1 status every step of the way, posting a 57% winrate at its highest in the Bronze through Gold ranks and even a solid 53% in the Legend rank.

Yet, once we enter the highest filter on our website, the deck plummets to 51% and is relegated to a middle-of-the-pack Tier 2 deck with the likes of Aggro Druid, Control Shaman, and Control Paladin. These are fine decks, but they're not contending for Tier 1 status, either.

Looking at these numbers, it looks clear that Curse Imp Warlock is a good deck, and probably the best climbing option as we speak.

Yet, once we reach a more competitive environment, how trustworthy can we consider the deck to be?

At the very least, the deck can be considered good. It's worth mentioning in the same conversation as all the other Tier 2 decks, which are ranked below it in the other ranks.

The reason behind the significant drop in winrate in the highest rank can be explained with the classic "Players are better at punishing tempo, on curve decks". But in reality, the big difference that exists between the top legend ranks and the rest of the ladder is OTK decks.

Combo Priest and Miracle Rogue, mostly, are decks that barely see any play outside these ranks, and both are great against Curse Imp Warlock. As a result, it could just be the case of the metagame being very different depending on whether we look at the legend ranks or outside of it.

But considering the Fall Championship will gather the best players in the world, it might make Warlock look bad if the field resembles the current high legend ranks.

Are OTK decks a real threat?

We already knew Priest was a great class before the patch, and I would expect most players in the tournament will bring an archetype from the class. With Naga, Bless or Boar, Anduin seems too versatile not to end up in almost every player's line-up this weekend.

Looking at the ladder data, it seems like Naga Priest is the clear-cut better deck for the class. Yet, we know how difficult Bless and Boar Priests can be to pilot, making these decks much better in the hands of a veteran player compared to what is shown in large sample sizes.

Nevertheless, one class isn't enough of a reason not to bring Warlock, as you could just ban Priest and feel like Curse Imp Warlock is good against the rest of the field. In this case, the big question mark is on Valeera, the second class with solid OTK archetypes, Mine, and Miracle. The Thief Rogue build is also worth mentioning as a potential bring.

As a result, the status of Warlock being a safe bring for the tournament depends on whether you are expecting Rogue to be a popular class or not, especially Miracle Rogue. For now, it seems that only a small part of the community cares about Rogue archetypes. But if we look at the top of the ladder, Rogue actually holds the fourth most popular deck (Miracle Rogue) and the fifth most popular one (Thief Rogue).

So maybe, as the Fall Championship should be much closer to what happens in Top 1,000 Legend compared to the Diamond Ranks, we could see many more Rogues than one would expect.
Similarly to Master Tours Five, where Miracle Rogue over-performed right before Edwin, Defias Kingpin received a buff. This could mark the return of a more OTK-based metagame.

I haven't seen the hype for the Fall Championship that I would hope for outside of the usual viewership competitive Hearthstone attracts.

The tournament isn't close to a card release, nor it is taking place in a particularly exciting metagame that has everyone buzzing around it.

Yet, I feel like this tournament has a chance of being a really fascinating watch if you can't really figure out what to do or play in Hearthstone currently. It could provide a different vision of how decks should be performing compared to how they actually do. As well as more specialized builds depending on the matchups you want to adapt to for classes still trying to get going since the last balance patch.

So if you don't know what to do from Friday through Sunday, I would suggest a couple of Hearthstone series played by the top players around the globe. 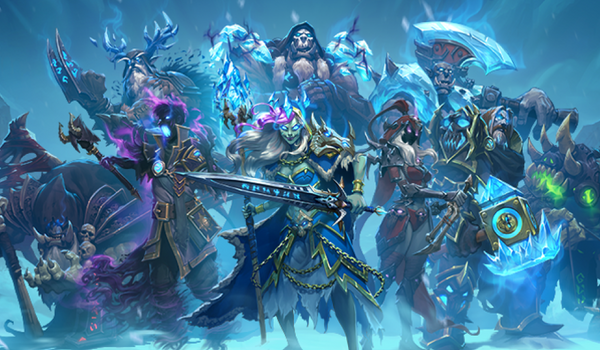 All Frozen Throne cards are back in Standard! Which archetypes are rising since the latest balance changes? 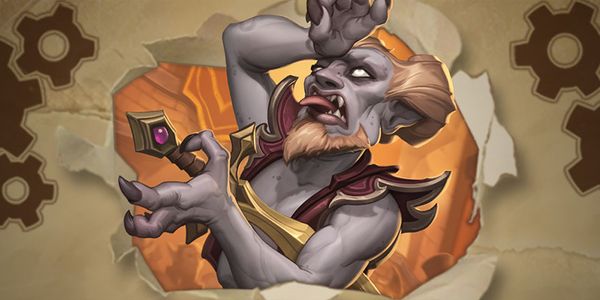 Beast Hunter had it coming. But now that the nerfs are live, what shifts have we seen from this and other archetypes?