The Knights of the Frozen Throne, arguably one of the biggest successes in the history of Hearthstone, is now entirely legal in Standard play. Naturally, this surprising and immediate change shook the current metagame, and we are already seeing different decks flood the ladder.

In this article, I'll cover all the decks I could find online from social media or popular streamers. Keep in mind that these decks have less than 48 hours of play, meaning they can still be refined, and the metagame is still very volatile.

But even if all these brews might not end up defining the coming month, they have made strides in the forming metagame. So here are decks from various classes now that Knights of the Frozen Thrones have returned.

This is the deck I reached legend with on Day 1, and although it is pretty close to the previous Control Shaman, the returning Murloc cards are doing a ton of work.

The draw from Ice Fishing adds a ton of stability to the deck. It helps to find Clown Fish more often on turn 3 and grows our hand to reduce the cost of Goldshire Gnoll.

Shaman is a class that needs to high roll in the early game. If you're able to do this, you can create much better set-ups for the rest of the game. The addition of such a card feels like a huge improvement to the deck.

There also could be an all-in Murloc list to make, in the spirit of what Imp Warlock currently does.

Malfurion finally gets to play Hadronox

While Hadronox never managed to craft a meta deck back when the Knights of the Frozen Throne was originally released, a ton of players are onto something for a way to abuse it now.

The Jailer makes all our minions immune, Sire Denathrius feeds from our potential losses, and Hedge Maze triggers its Deathrattle. Hadronox has a lot more upsides today than it had in the past.

Combined with the return of other defensive juggernauts like Spreading Plague and Malfurion the Pestilent, the deck also feels like it has much more time to get its combo off.

This leads to a greedy build, using the nerfed Celestial Alignment and Lady Anacondra to unleash some powerful combos in the late game.

Big Priest is back in standard

Largely pushed by Habugabu on his stream, Big Priest made a convincing return on Tuesday as the signature cards Shadow Essence and Eternal Servitude were brought back to the Standard mode.

True to its old recipe, the deck aims at summoning Neptulon or Stoneborn General with Shadow Essence and Masked Reveler. Once we got one in the pool, Eternal Servitude brings one back, which feeds the Amulet of Undying or Xyrella, The Devout later on.

Once you manage to get out of the early game safely, turning on the jets and pressuring the opponent with huge units is a very satisfying feeling. And looking at how much climbing was done by the creator, it looks like it's quite strong too.

Enrage Warrior gets a ton of support

With Animated Berserker and Forge of Souls back in standard, Enrage Warrior just gained a new one-drop and a great stability card to add to its arsenal.

The very exciting part about the deck is finding the weapon much more reliably and using Weapons Expert and Lady Ashvane to boost it. Also, the Animated Berserker should help in getting our units damaged for a cheap price while forcing the opponent to take care of it to stop more abuses in the future turns.

The difference in the performance of Enrage Warrior depends on whether we get the weapon going or not. As such, I'm quite excited to test this new take on the deck, which should prove to be both more stable and probably stronger as well.

Curse Warlock gets a new trick

The Curse mechanic never really managed to become its own thing. Sure, there was a Control deck with it, but it is mostly known for being the direct damage part of the Imp Warlock deck. Well, maybe iGXc, a Chinese player, can change your mind.

Combining the Control core with the combo of Howlfiend and Treachery, the deck has the ability to burn the opponent's hand. And thanks to Runed Mithril Rod, it can happen as soon as turn 7.

In order to damage the Howlfiend, we can use the 1/1 Imps, the returning Defile, or cards like Touch of the Nathrezim.

This gives the deck a second win condition, in case the curses wouldn't be enough, or too slow of a plan. Against combo-oriented decks in particular, this should give Gul'dan a much better fighting chance.

Back in the original days of the Frozen Throne, Prince Keleseth and Shadowstep already were considered a deadly duo, even leading to players asking for a nerf on both cards.

They have just been reunited, but players didn't wait to abuse the duo. Especially Ramses, the originator of this build, who just threw a ton of Battlecry units in a deck with Prince Keleseth and Snapdragon. The idea isn't terribly complicated: get your units as big as possible, and pressure your opponent with it.

You get some nice support from Edwin, Defias Kingpin, Field Contact, and Gone Fishin' in order to not run out of cards.

The deck is far from perfect but the core of combining Keleseth, Snapdragon, and Shadowstep seems like a solid foundation already.

While those felt like the biggest shake-ups in the current metagame, either impacting an archetype enough to change its power level or creating a new one. There are other ideas worth mentioning for other archetypes as well:

Once again, it is too early to say how many of these concepts will still be around at the end of November. But it is incredibly refreshing to get this many new paths to explore, and synergies to have fun with. Blizzard really nailed it for this year's Hallow's End event. 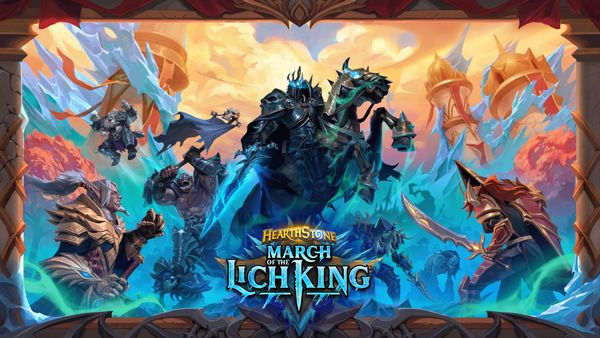 Which archetypes are receiving the biggest boost from the 11 Paladin and Shaman cards from March of the Lich King revealed today? 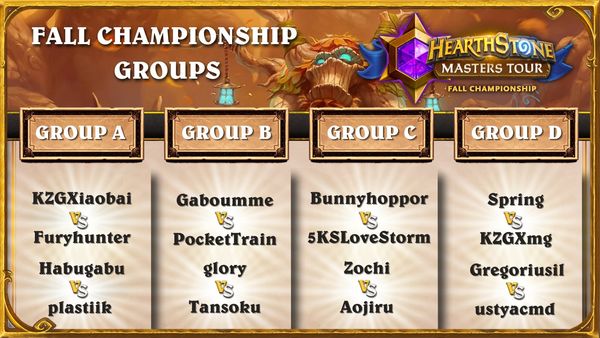 The upcoming Masters Tour will, as usual, dictate a lot about the future meta. And for the reasons explained here, it's one you should be excited to check out!