With the latest balance patch, we were promised a return of a more diversified metagame. Rogue, Demon Hunter, Druid, and Priest were all hit, apparently hard enough to reduce both their power and popularity. It was enough to create the needed space for other classes to have their space going into the January season and the return of the competitive circuit.

At first, it is exactly what happened, with several classes making a solid comeback and our hopes high regarding the forming environment. More time has passed now, and apart from Priest disappearing from the playing field, it seems like Rogue, Demon Hunter, and Druid have barely noticed they were nerfed.

In this piece, I would like to take a look at Rogue and Demon Hunter in particular, and why these two managed to find a way back to dominating the current metagame. And with extremely similar archetypes to the ones recently impacted at that.

So let's explore how they managed to come back to the top, the archetype they are using to do so, and if we actually have a way to fight against their mighty power.

Rogue received the largest amount of nerfs in patch 25.0.4 with four, two for Miracle Rogue and two for the Deathrattle archetype. If the latter seems to have completely disappeared, the Miracle build took a short break, a couple of days max, and came back swinging.

Compared to the dominating build before the patch, the huge difference is Necrolord Draka not being included anymore in the deck. Instead, the Wildpaw Gnoll package is back, making the deck exceptional at controlling the board early on.

Also, the Gnolls reducing their cost are a great complementary tool to the Sinstone Graveyard, which keeps a key role in the role even at 3 mana. The card still represents one of the biggest sources of pressure in the deck, routinely creating big enough units to completely take over a game.

While we aren't seeing double digit units on turn 3 like it was routine when the deck was still running Mailbox Dancer in the deck, the graveyard still produces solid units in the mid-game, and the stealth keyword keeps being a great passive protection to the unit until we decide to use it.

And the reason we can afford to wait a little more than in the past in order to pull the trigger on the Sinstone Graveyard? The Concoction package.

Deemed one of the best additions to any class in the March of the Lich King expansion, the new Concoctions have become the go-to package for Rogue mostly because of its versatility.

The face that you can generate value, removal, direct damage, or draw with the concoctions grants the deck a ton of flexibility. But thanks to cards like Preparation and Goulish Alchemist, the Concoctions can easily become tools to activate the Sinstone Graveyard or just fill your board with 3-cost units for pressure.

And this, really, is what is keeping Rogue atop every other class currently. This sweet mix of explosive tools is capable of developing sudden pressure which translates into tons of damage if the opponent can't find the appropriate answer. And flexible tools that can be used to stay afloat for a long battle and transform into a great supporting cast for the first category of cards.

Did I say every other class? Well, it's probably true, but one is a tougher fight than the others, as Demon Hunter is following a very similar path to Rogue.

Quest Demon Hunter was not a Relics deck after all

Right after the expansion, Demon Hunter had several archetypes fighting to be the flagship of the class. This battle saw the Quest Relic archetype get the nod over the Spell archetype in the end.

But a third archetype also existed at the time, pushed by Dreadeye on their Twitter, and built around the card Sinful Brand as its damage motor.

Well, all these decks have merged into one today, creating the Quest Spell Demon Hunter archetype.

At its core, the deck still focuses on its Quest and using it to unlock huge amounts of damage through spells and spell power units. Yet, this new take on the archetype also is a diabolical counter to board-centered decks, which effectively helps the deck set up the Sinful Brand condition or gives it more potential draw through Feast of Souls.

But if you thought not playing any board was a solution, you would open the door to Lady S'theno and the flurry of damage spells to go directly to your face. This second part is even more relevant now that Nohandsgamer has shared a list where he plays Abusive Sergeant instead of Jace Darkweaver as the third unit in the deck.

Similarly to Rogue, Demon Hunter has managed to create a deck where there aren't any clear paths to punishing it, at least not without creating a deck designed to do so. So far, the deck looks to be performing a little worse than Miracle Rogue, but I would attribute this to the difficulty of piloting this deck very well.
Nevertheless, it appears to be clear that once again, board-focused decks cannot thrive in the current metagame, as the two strongest archetypes seem to be designed to heavily counter them.

As it seems customary when two decks emerge and dominate the field of play, it seems like they are complementary to each other. This leave us in a situation that makes it very difficult to find one deck to counter the current field, and eventually leads most players to join either the Rogue or the Demon Hunter's side.

Rogue seems to be weak to decks that accept the pressure the deck can develop, and answer it rather than trying to race. Especially if you are able to answer the ghost from the Sinstone Graveyard no matter their size, then it is really about the Concoctions not winning the game on their own.

But if you go for this strategy, then Demon Hunter might be a problem, as you would give them a free pass to complete their quest and set up their damage as nicely as they wish. Sure, there is a health threshold that could be reached where Demon Hunter cannot beat you anymore. But neither Blood DK nor Control Warrior seems to be reliably reaching it.

Countering Quest Demon Hunter seems to be easier so far, as the nerf to Unleash Fel does hang in the balance. Ramp Druid seemed to be reliable but was bullied by Rogue, limiting its play rate until now. The nice mix of building lots of armor while threatening the opponent might be a great combo to explore in the future.

The more recent contender to the title of metagame savior is Aggro Demon Hunter, a deck that is doing great against its class counterpart. Sure, Aldrachi Warblades can help the Quest archetype a lot, otherwise, the more aggressive Illidan tends to get the job done before an Unleash Fel combo can stabilize the situation.

And even if Unleash Fel could be used earlier in the game, in order to remove some of the board. Bibliomite and Metamorphin help a lot with their 4 health bodies, as Unleash Fel usually is a 3 damage AoE.

Unfortunately, Aggro Demon Hunter doesn't seem so good against Miracle Rogue so far, as it tends to be met with a much quicker counterplay than Quest Demon Hunter.

In order to counter Rogue, we might have to go back to another recently nerfed deck, and the best counter to Miracle Rogue back then: Bless Priest.

It seems as if it is impossible not to play in a combo, highly synergistic metagame in Hearthstone nowadays.

No matter what is done, there are too many avenues to explore in all classes to prevent from someone being able to find some explosive synergy to abuse.

There are a lot of protests on social media about the current state of the game accompanied by their long lists of cards that could be modified.

Yet, even if we completely removed Miracle Rogue or Quest Demon Hunter from the equation, combos would still be very strong. Ramp Druid, Shockspitter Hunter, Frost Death Knight, or Big Spell Mage would be a few strong contenders still. These decks have been built around abusing certain cards and maximizing their potential, which is simply the way to play Hearthstone now. Changing this significantly would take a complete revamp of the card collection.

The good part, though, is that players still find ways to counter the dominant decks, so we might still see some shake-ups before needing another intervention from the developers team. Control Warrior especially, is making headlines in the high legend ranks and could be a very interesting development in this first week of January.

January is just starting, and with it, competition is getting fierce on the ladder. Although it could lead to seeing even more Rogues and Demon Hunters atop the rankings because of the stakes, we could also see more players looking to abuse the situation and come up with a creative solution.

Hope you have a great start to your year, and Good Game, Everyone! 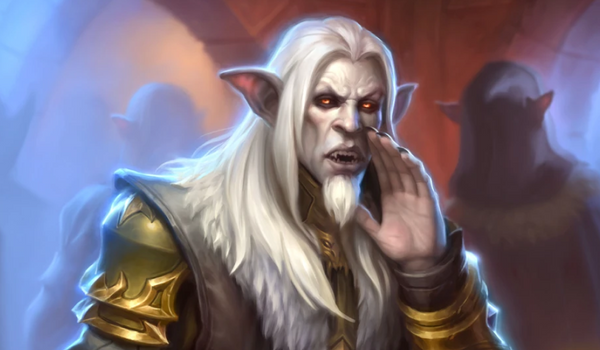 Prince Renathal was one of the pinnacles of "love it" or "hate it" cards. Now, where do things stand in the Hearthstone meta? 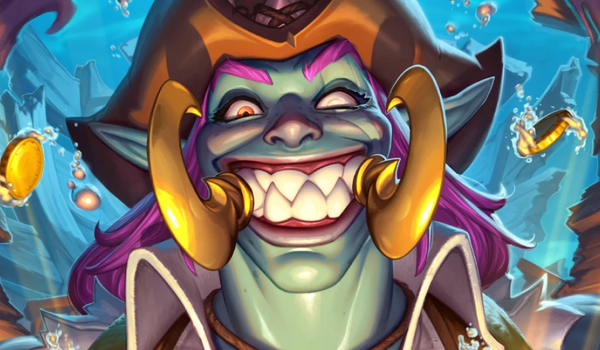 Hearthstone Update 25.0.4 brought changes to 20 cards! With a (practically) new format, what is each class poised to do best?