There's something special about those first few days of a new expansion. With new sets come new possibilities, everyone is trying new stuff and your opponents deck could contain anything! But as time goes by, strong decks emerge and start to stomp on your favourite home-brew creations. Within a month you probably know every card in your opponents deck by turn-2 and you're playing a deck you got from the internet, not that there’s anything wrong with that ;).

Deck and card diversity in a meta is intrinsically linked to the quality of the play experience. Lower diversity leads to staleness as players grow tired of replaying the same or similar match-ups. So what does deck diversity actually look like as old sets sun-set and new ones release? With the recent introduction of Knights of the Frozen Throne expansion, there's probably no better time to look!

In the following article, we borrow concepts from ecological science of all things to track diversity in the cards that people queue up with. We analyzed over 3.75 Billion cards included in decks from uploaded replays starting in late January of 2017 through today. This leads us to presenting a first purely objective insight into how players ‘work out’ the meta and congregate toward common play-styles.

Tracking Diversity in the Meta

Diversity in a population can be measured using the “Shannon Index”. Drawing on the ecology analogy, in our study we treat each card as a species i and its frequency of inclusion in decks as its dominance on the population p. The result is an objective measure of the diversity of play H’ (which we can track over time). 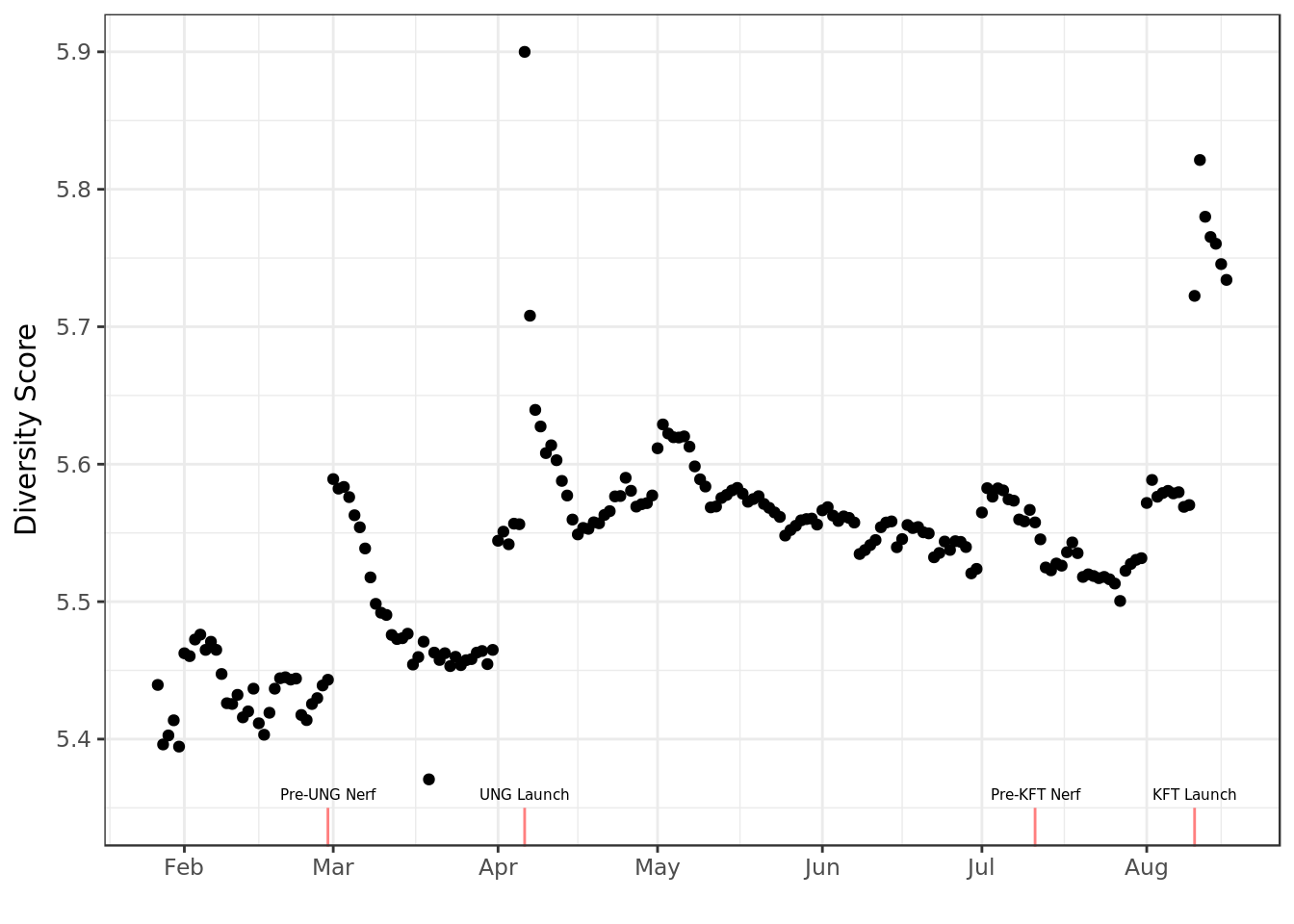 The diversity metric appears to be sensitive enough to detect shifts in the meta diversity, with trends following a fairly logical trajectory. The following represents a few insights that are evident from the figure:

Perhaps the most important observation is that deck diversity was consistently higher during Un’Goro compared to MSoG, despite there being less total cards to play with! Such an achievement is probably another reason why the Un’Goro meta was regarded so highly, with player sentiment not dipping to the lows it saw toward the end of MSoG.

Of course, a meta is as much about the inter-play between the classes as anything else. The following shows the above plot broken down by class.

The low points of diversity represent period where single powerful archetypes were dominant. For example, Jade druid post the nerf to shaman became incredibly popular among Druid players. Hunter has seen little in the way of viable archetypes other than mid-range, and Un’Goro provided enough tools for players to gravitate back to it. Shaman has typically seen some of the lowest diversity in actual play, despite its richness in viable archetypes particularly during the year of the Kraken.

Very early signs in the KOFT meta point to strong diversity in priest builds, with archetypes like Resurrect, Ramp, Control and Highlander being popular. Druid and Shaman see the least diversity, with druid builds starting to homogenize the Token, Ramp and Jade archetypes into single decks! Evolve shaman is also seeing significant play, which is unsurprising given how obviously the Thrall, Deathseer hero fits into that already strong build. 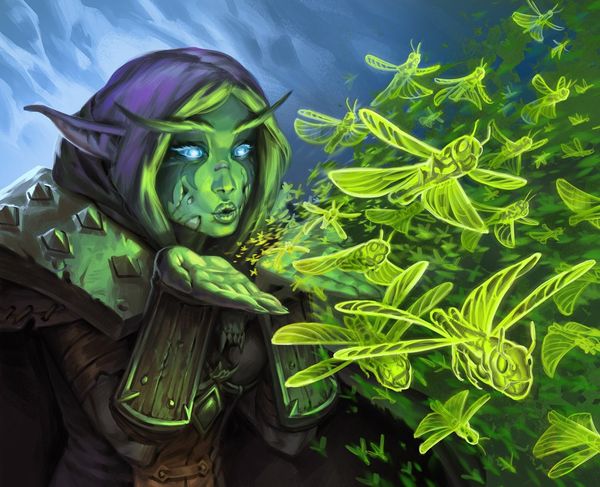 A little over a week ago the community reached out and asked us to look at the power level of a controversial card, Spreading Plague. To quote from the title:

Death Knight Hero cards are a new type of card that was introduced with the release of the Knights of the Frozen Throne. Each of the nine Heroes received a new Hero card that, once played, transforms the current Hero into a Death Knight,