These new cards from Scholomance Academy were revealed this weekend, including lots of dual-class cards!

Big Demon Hunter is getting a bomb of a card in Ancient Void Hound. Its potential is not only because of its impressive stats but also its immediate effect on the board. And the fact that it's always a net positive for you and a net negative for your opponent makes it worth considering. Fel Summoner and Pit Commander may be making an appearance this expansion.

Trueaim Crescent also makes the recently revealed Ace Hunter Kreen look much more interesting. With that on the board, you can deal quite a bit of damage without any downside. Even without it, your minions can do a lot of value trading. Expect to see a lot of experimenting with this weapon in both classes.

High Abbess Alura and Devout Pupil are pushing Paladin and Priest decks to consider running only buff spells in their deck. Alura pulling out a Psyche Split or Grave Rune could be massive value. But it's likely Paladin with Pharaoh's Blessing and Libram of Hope that could cause game-winning turns.

Educated Elekk and Potion of Illusion are the tip of an iceberg of cards in this set that are focused on giving Control and Combo players more pieces to play with. When a Mage card gives you copies, you should always be fearful of Sorcerer's Apprentice and Archmage Antonidas doing the things they do best.

Yesterday's reveal showed us the rest of Scholomance Academy. Here are some of the Druid, Hunter, & Mage cards that caught our eyes. 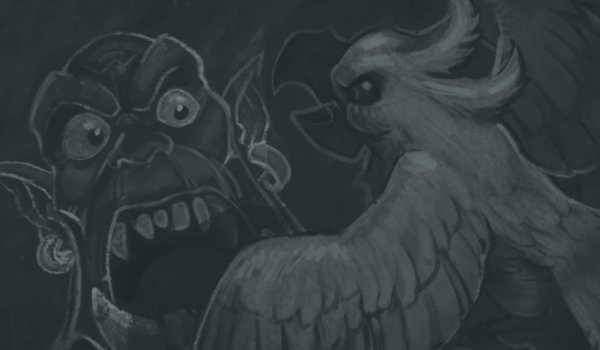 This one's for the birds.