These new cards from Scholomance Academy were revealed today, including some legendaries and new effects!

Playmaker's effect is a clear nod to Bloodsworn Mercenary, which has given players plenty of nightmares. But limiting the copies to Rush minions is a significant difference. There are still several cards that could take advantage of this like Restless Mummy and Kargath Bladefist. If it were to find a place, it would be in a Control build that wants to generate a lot of extra value on the board.

These Demon Hunter cards seem like more power spikes for the class. Magehunter is able to shut down cards that have been buffed (Rogue players better watch their Edwin van Cleef turns). It can also act as a finisher if you have a board built against a Taunt. Star Student Stelina is part of a new disruption package for Demon Hunter in this expansion. Control Demon Hunter will make the most of these tools. Keep an eye on this class as it's going to be making a lot of new evolutions with this set.

Captain Greenskin's resurgence in Bomb Warrior should give anyone a reason to consider a card with a similar effect and mana cost. Doctor Krastinov's crazy proposal is that if your opponent doesn't deal with him, he will continue buffing that Wrenchcalibur into absurd heights. His stats are comparable to Darius Crowley, which was a perfectly find addition to most Warrior decks, too. Combo with Playmaker for absurdities galore.

The first neutral weapon in Hearthstone is also a legendary! This effect is well-known in card games and can be a powerful way to increase the probability of favorable draws. Control-oriented decks are more likely to thrive off of this effect to ensure they have the right tools for those critical midgame turns.

Speaking of Control-oriented decks, let me introduce you to their new best friend. Polekelt in turns 7-9 will guarantee that Control decks have heavy hitting cards every turn for the rest of the game. Going straight into game-winning cards like Nagrand Slam, Ysera, Unleashed, or The Amazing Reno will allow these decks to get faster into swinging the game to their favor. 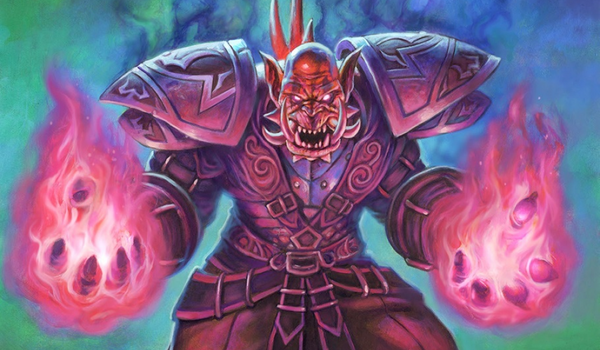 Highlander Hunter continues to dominate trailed by a variety of other decks vying for its spot.

MarkMcKz is a content creator known for his Wild combo decks. Check out his thoughts on the format and upcoming expansion!