Trying to plan combos across two different turns can be frustrating, especially when your opponent anticipates what your next move will be and tries to counter it. Time Warp can be a difficult way to get that extra turn sometimes, because Exodia Mage has become such a popular deck that your opponent knows what to expect and how to counter it. An alternative to this might be the newly-released Priest legendary, Temporus.

Unlike Time Warp, Temporus lets your opponent have a double turn before you get yours, but you also summon a 6/6 Dragon, and you don’t need to complete a visible quest to get the card. So Temporus should be a great card in theory, right? Well, integrating him into the meta tells a different story: too risky against aggressive decks, and too costly to be effective against control decks, Temporus’ only chance to escape the ‘meme card’ status that all the streamers have given him is to find his own Exodia win condition. So far, the only such combo we’ve seen in streams was Temporus, Prophet Velen, Mind Blast, but the last 2 cards are already powerful on their own, so Temporus doesn’t add much value to the decks they usually run in... or at least, not enough to compensate for the double turn your opponent takes before you have a chance to play them. Can Temporus make a comeback like Prince Keleseth did or is he doomed to remain a meme card?

Do I even get to my double turn?

The first question that pops into your head when you first see this card is ‘Will I even get the chance to play my double turn or will my opponent kill me right away?’. To answer that question, we looked at the data from the first day of play after the Kobolds and Catacombs expansion was released, while players were still experimenting with all kinds of decks before the top tier decks were established. Only 11,000 games were played with Temporus in at least one of the players’ decks, which shows right off the bat that players didn’t exactly rush to include this card into their decks.

We plotted the turn the game ended after playing Temporus in the graph below, and the results are pretty much what you’d expect- the biggest likelihood of the game ending occurs either at turn 2 (your opponent’s second turn) or turn 4 (your second turn). 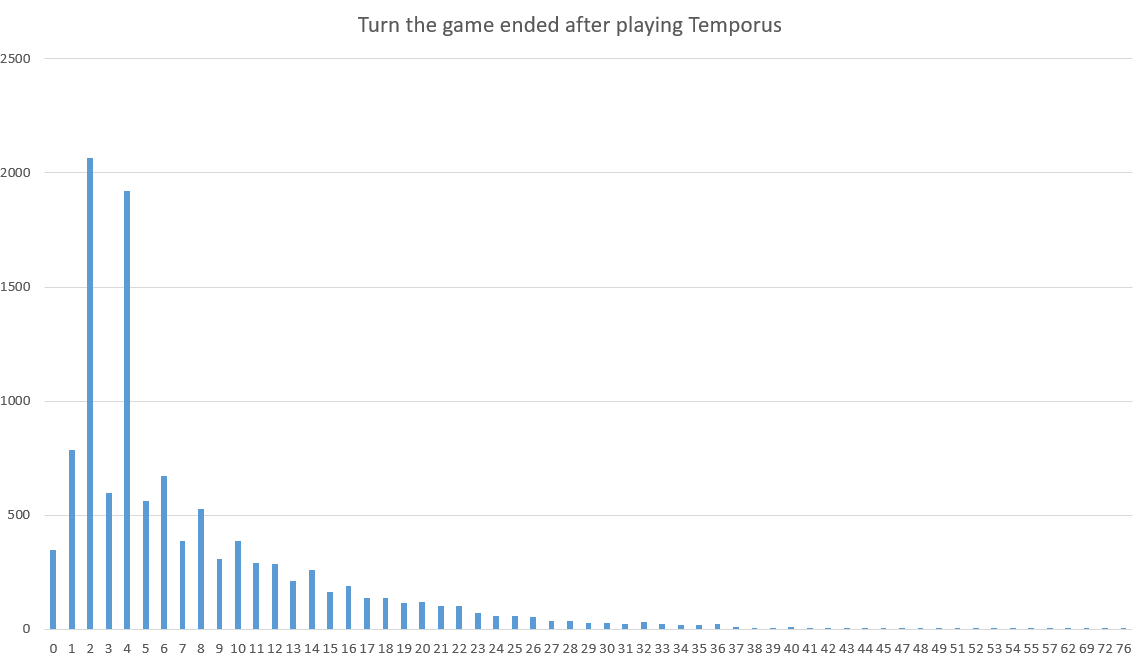 Adding the data for turns 1 and 2 after Temporus is played, that means you have a 28% chance for the game to end before you get to play your double turn, and out of those scenarios, you have a 85% chance of losing the game. Multiplying the two, you get a 24.3% chance of instant loss by playing Temporus. If you do survive long enough to reach your turn, you still only have an 18.4% chance to win the game during those 2 turns.

As we’ve established in the previous section, the chance of you getting killed by your opponent right after you played Temporus is slightly greater than that of you killing them during your double turn.
Finally, we want to look at overall win rates to see what they look like. Having Temporus in your deck doesn’t seem to have a significant effect, the overall win rate being 49.7%. Accounting for the fact that this was the first day that the card saw play, meaning that the decks ran that day were probably experimental, the number is close enough to 50% that it allows us to say there’s no immediate effect to adding Temporus over any other average card to your deck.

However, the win rate isn’t a reliable indicator on its own, since you might not even get to draw or play the card, in which case it doesn’t matter how good the card is. Looking at the data categorized by where the card is at the end of the game shows a more interesting picture. If Temporus is still in play at the end of the game, there are greater chances that you lose the game, probably because your opponent took their double turn and dealt lethal damage by the end of it, not focusing on clearing the board. On the other hand, if the game continues for longer, your chances to win the game increase.

Also worth noting is the fact that we included all types of games in this analysis. If we only look at the Standard Ranked games, the win rate drops to 44.6%.

Temporus was one of the first cards announced with the Kobolds & Catacombs expansion, but it looks like his days are done. Will someone find a way to make him work? Maybe the combo has just not been found yet!

This guest article was written by Maria Ilie. Interested in writing articles? Reach out on Discord! 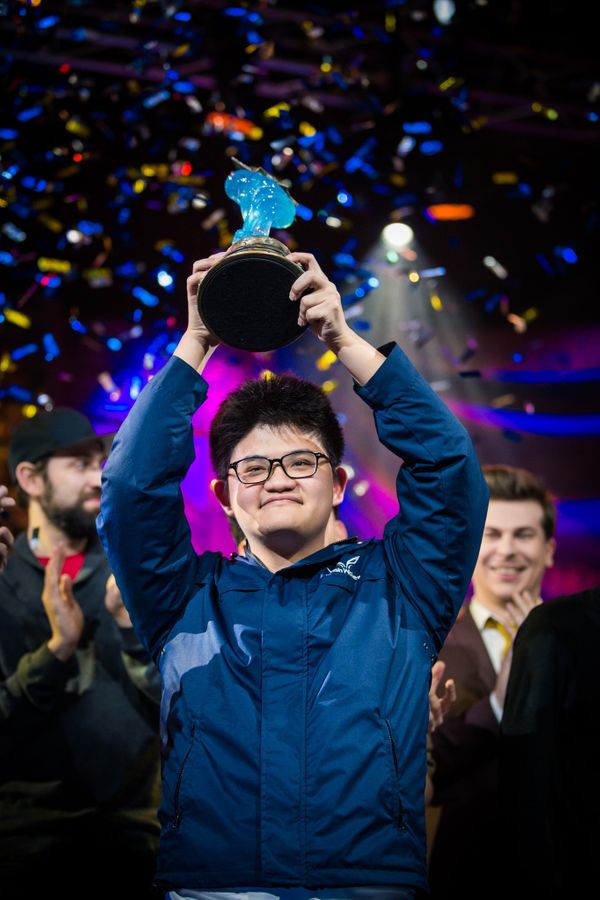 The HCT 2017 World Championship delivered everything you’d want from the best players in the world. We saw creative and inventive lines of play under intense pressure with grueling, 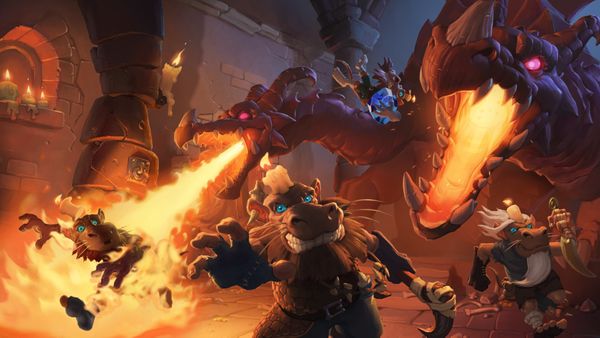