More than any expansion this year, Rastakhan's Rumble has already brought with it a generous disruption in the meta by the power level and unique gameplay found in its cards. Now that we're several days into a brand new Hearthstone world, let's take a look at some of the hottest decks being played and what you need to know for playing against them.

Though the card was initially revealed to very little fanfare, Gonk, the Raptor's sneaky upside isn't in his effect by itself--it's actually when you stack it from multiple copies of Gonk on the board. Faceless Manipulator and Flobbidinous Floop along with the mana disruption from Dreampetal Florist allow for some scary turns when you can get up to 3 (or even 4!) Gonks on the board. From then on, killing a minion will stack your extra attacks, allowing you to attack your opponent's face several times in a turn.

If you enjoy a good combo deck, this one is certainly unique enough to warrant your time and attention. But with dependency on your opponent's board playing an extremely critical role to the deck's success, there's a good chance this raptor won't be one of the longest staying of the trial period we're in right now.

Gonk Druid is currently sitting at the very bottom of Tier 4 on our Meta page with a 40% winrate. It's not the most intuitive deck, so many experimenters may be trying (and failing) to achieve much with it so far. Though it's not performing well right now, it's far too early to know what its staying power will be.

Hero cards are always exciting as new expansions roll out, and Zul'jin has been no exception. While he can be added without problem to just about any Hunter deck, the one that can take the most advantage of him is a finely tuned Spell Hunter.

Right now, Hunter is the best performing class we're seeing on HSReplay across the board. And though Deathrattle Hunter's continued staying power is certainly influencing that, this fresh take on the minionless archetype is seeing a lot of play and a lot of wins.

Don't let Zul'jin's comparatively low drawn winrate of 58.7% fool you! As a late-game powerhouse, Zul'jin typically only gets played to clinch the end of the game or as a desperate effort to swing the game in your favor. If you're frustrated playing against that big turn, a well-timed Mojomaster Zihi from you will lock your opponent out of playing Zul'jin for several turns

Kingsbane Rogue
The boogeyman is back and scarier than ever

Valeera has been waiting in the shadows through the Boomsday Project to harshly punish Control decks. What we didn't expect was that a single card could make this archetype even more viable through a consistent way to retrieve that legendary weapon from your deck.

Raiding Party is one of those sneaky cards whose true value is in the fine print. The Combo piece of this card alone is what you're truly after in this deck. Fetching your Captain Greenskin or Cutthroat Buccaneer are just the cherries on top. If you've got the weapon, enjoy the next few months with it in Standard. It could be just what you need to keep Odd Warrior in check.

The best performing Kingsbane decklist right now is above 60% and runs 2 copies of Dread Corsair. The extra pirates up the value of Raiding Party plus give you a little more power to slow down your poor matchups against aggressive opponents.

Fans of Jaina have been chomping at the bit to see this deck thrive. And with several new tools from Rastakhan's Rumble, it's got a better chance than ever before.

Jan'alai, the Dragonhawk is the main culprit for moving this deck into the top of what's being played. Seeing Ragnaros, the Firelord return to Standard is as epic as it gets! And with Zola the Gorgon, you can setup for a couple big swing turns if Rag decides to snipe well.

The long-term power of Frost Lich Jaina in this deck truly can't be overstated. Along with her army of elementals in the deck, she can turn what may have been a rough start of the game into an easy late game advantage.

Odd Mage is the best performing (53.4% winrate) and most popular Mage deck (38.07% of all Mage decks) in the meta right now. And if you're seeing a lot of Shaman opponents on the ladder, it might be a great choice as it has a positive winrate against every trackable Shaman deck out there.

For more on the latest and greatest decks being used in your corner of the ladder, make sure to check out our Meta page! Subscribe to Premium to have access to the full breadth of stats from HSReplay.net, including advanced filters, mulligan guides and much more. Follow us on Twitter and Facebook for daily Hearthstone stats and news.

Now you can watch on-demand games played by streamers and pro players directly on HSReplay.net! 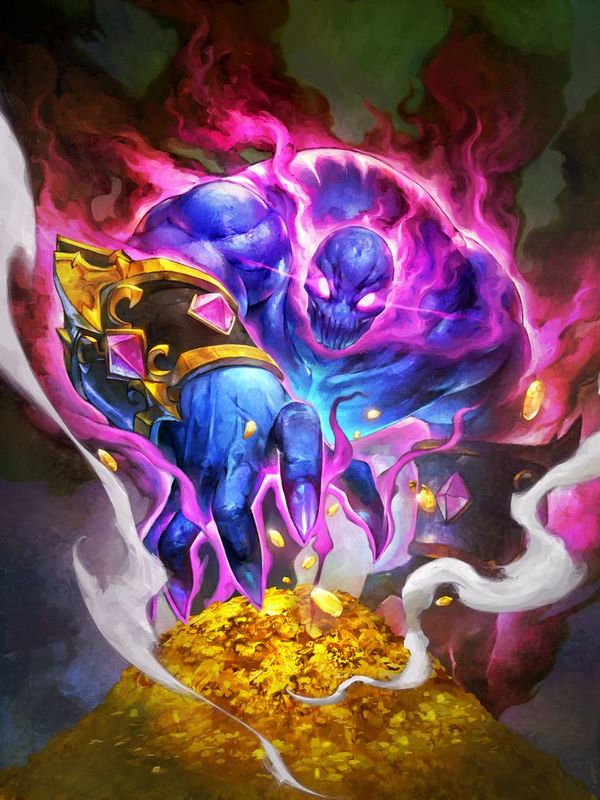 Arcane Tracker is now the official Android version of the Hearthstone Deck Tracker.